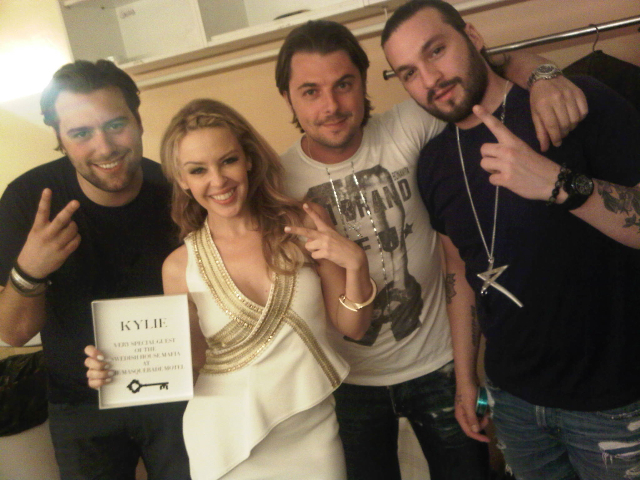 Wow! Here's Kylie showing off the special necklace we made for her (Steve Angello of the Swedish House Mafia, on the right, is borrowing it!). The European press conference for Kylie’s new album ‘Aphrodite’ has just been held in Ibiza, followed by a surprise performance at Swedish House Mafia’s Masquerade Motel at Pacha Ibiza. We're pretty jealous of the guys from Swedish House Mafia, who got to present the necklace to Kylie. How did this all happen? Well, we made a special range for the Swedish House Mafia's Masquerade Motel, which you can only buy through their website and at Pacha this summer, and then they told us the HUGE SECRET that Kylie would be performing at Pacha, and asked us to make her a special necklace. Nobody else knew she'd be performing there - just them and us. It was hard keeping such a big secret, but we just concentrated on making an amazing necklace! Here it is! 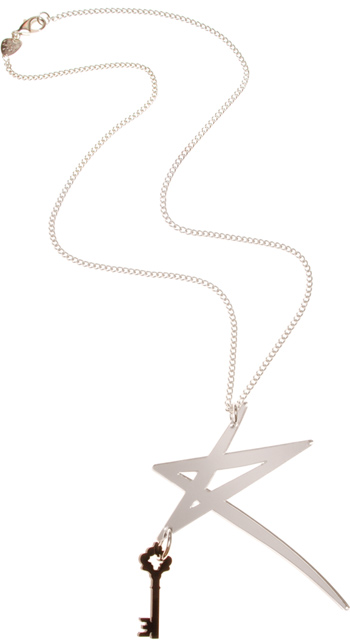