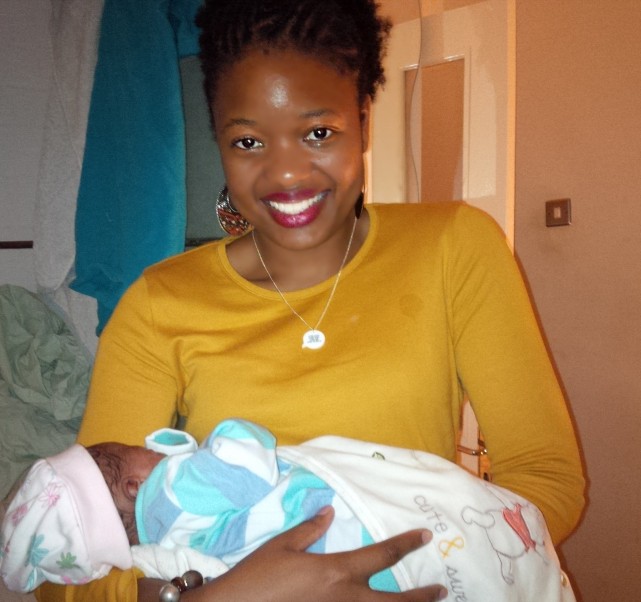 It's day three of Women With Something to Say, our campaign with publishing house Faber & Faber and the turn of writer Chibundu Onuzo to take over our blog. (Here she is with her little nephew!) Chibundu's story is pretty remarkable. She began writing her first book aged 17, became the youngest female to sign to Faber & Faber at 19, and released her first book, The Spider King's Daughter at 21. Oh, and she did all of the above whilst studying for a history degree at Kings College London. Phew! Chibundu shares her thoughts on the role of women in today's society in her piece, 'Love God, Love You, Love Me. Luke 12:30-31': The equality of the sexes is established early on in Genesis. ‘So God created human beings in His own image. In the image of God He created them; male and female He created them.’ (Genesis 1:27) Equal but different: that’s what we say today. In a world where women are still in many areas unequal to men, it seems we’re still finding our way back to Creation. I grew up in a country where my chances of living well and prosperously are slim regardless of my gender and slimmer because I’m a woman. Fortunately, I also grew up in a family where the fact of my double X chromosome mattered little. The only boy in my family was fed the same food as the girls, sent to the same school as the girls and when it came to pocket money distribution, his allotment was just as meagre as ours. None are more human: that was how I was taught and it has made me indifferent to claims of gender superiority, from both males and females. To make the world a more just and equitable place, you don’t need more women at the top or more men at the top. As we’ve discovered in Nigeria when females are appointed to government positions previously held exclusively by men, women can be just as good looters as their male counterparts. What we need in my country, is more people of empathy, people who will consider the interests of others as they consider their own. Maybe when, irrespective of gender, we begin to love our neighbours as ourselves, we can begin the trek back to Eden. Thank you, Chibundu! Do you think empathy is the key to overcoming inequality? Join in the conversation in the comments below or tweet us using the hashtag #WWSTS. We can’t wait to hear what you have to say!