HAPPY BIRTHDAY TO US!

Today is the seventh birthday of our Seven Dials store and what a super seven years it’s been! To celebrate, we’re sharing seven special memories from our time at Monmouth Street... 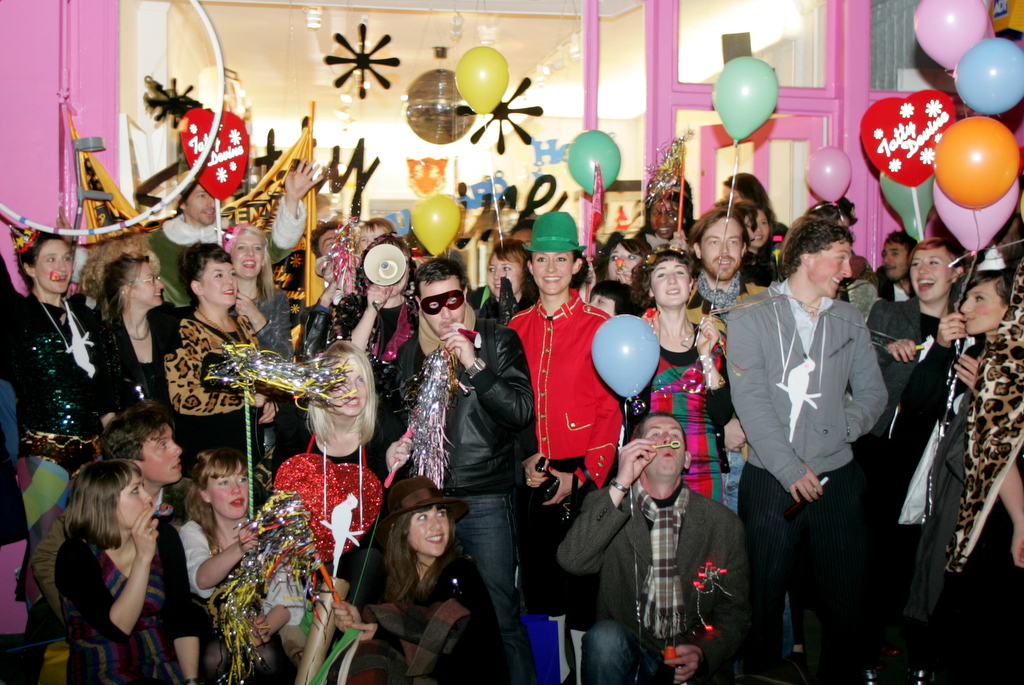 TATTY DEVINE PARADE We celebrated the move from the old Soho shop to our new 7 Dials store with a ceremonial parade - it was so much fun! Rosie has fond memories from the night; “A crowd of our family, friends and Team Tatty gathered at the old store to lock up, then we walked in a procession down Brewer Street, Old Compton Street and up Earlham Street, with Harriet and I carrying a banner they had we made just for the occasion. We were led by our friend Alex from Severed Limb, who played on the accordion, and his friends on snare drum and tuba; they played a catchy little number on repeat! We picked up people along the way, before arriving at a very pink storefront at 44 Monmouth Street - we were quite a sight! We’ll never forget that the next day on Radio 4 an actor was interviewed who had been in a play at the Prince Edward Theatre on Old Compton Street and mentioned seeing the strange sight of people parading down the road in fancy dress, led by an accordion and tuba! We loved every second of it.” 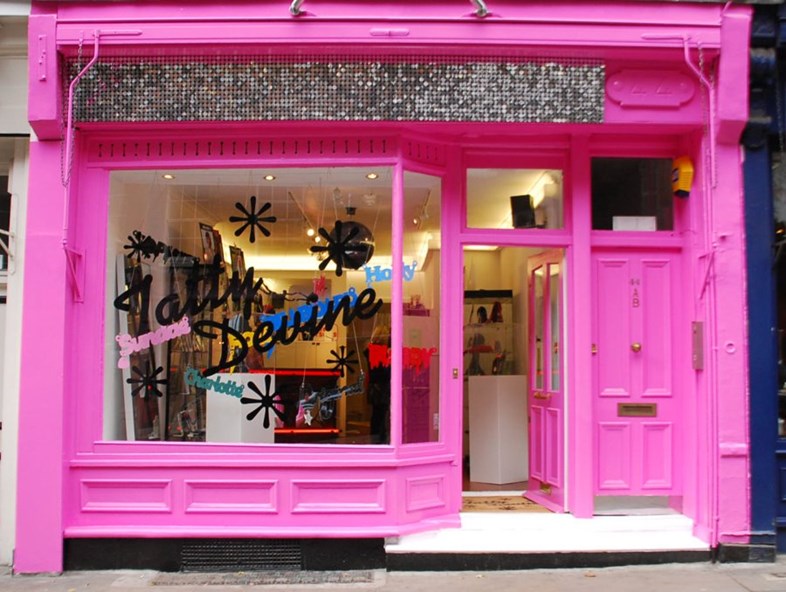 FUN WINDOW DISPLAYS Over the years we have gone to town with our window dressing! From rainbows to wishing trees, flower displays to bird houses, we love creating exciting window displays that really show off our jewellery designs. Store star Charlotte’s fave ever window was for our AW14 collection; “the giant Fortune Teller Hands promoting our seance inspired collection garnered SO much attention, especially from those of a spiritual persuasion! I lost count of the amount of times we were asked how much our palm reading skills were!” 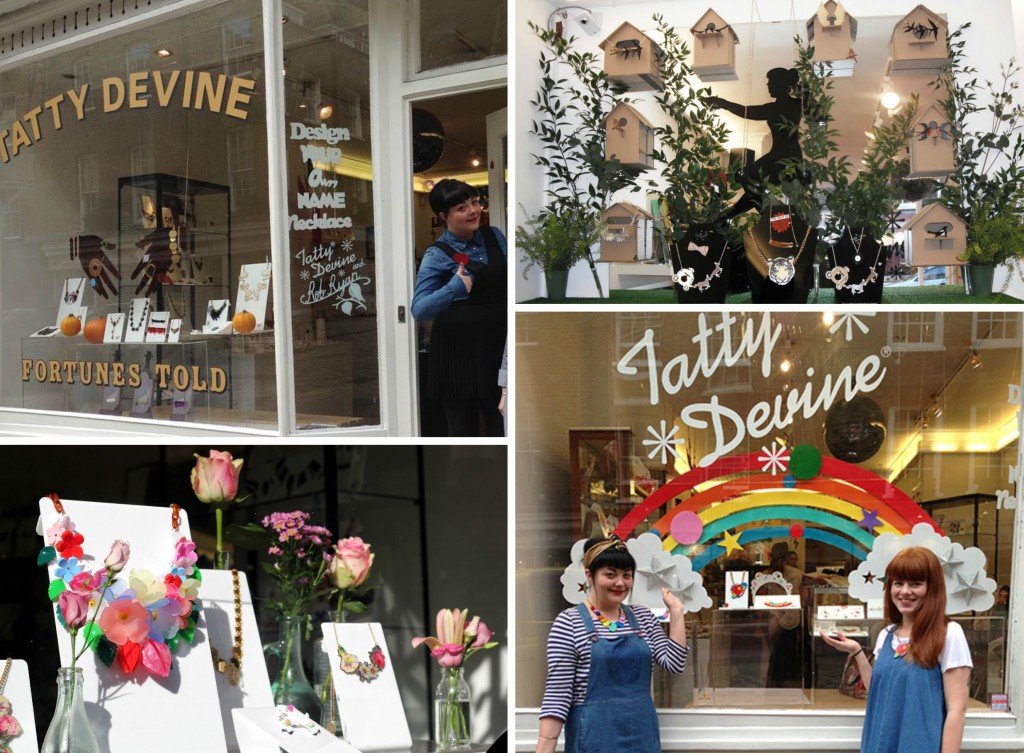 NAME NECKLACE NOW! In 2012 we celebrated the launch of our brand new laser cutter so we could make you Name Necklaces on the spot in store. For the launch, set designer Amy Harris took over our windows with her amazing mini figures holding up some of our favourite Name Necklace designs! Over the years we’ve added new colours, charms, chains and fonts to the mix, and today you can still design your very own original Name Necklace in store and we’ll make it for you there and then! 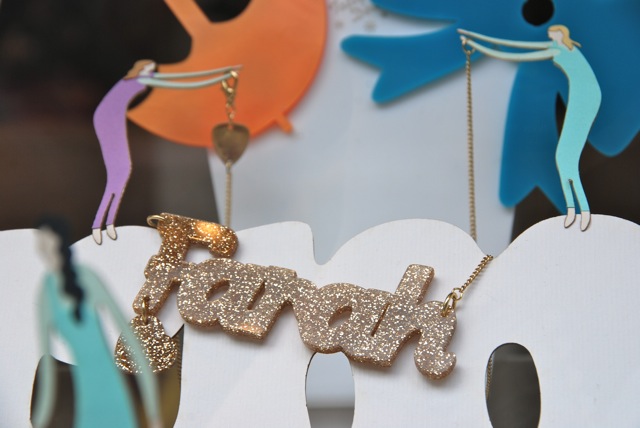 PLAY THE PART LAUNCH The opening night of our Play the Part Collection earlier this year was a special one. We  brought the theatre to life with an exclusive in store launch party, showing you the full AW16 Seasonal collection for the first time. The night was full of excitement from Rosie, Harriet, and Team Tatty, and the pièce de résistance was seeing YOU trying on all of the jewellery and discovering your new favourites for the season. We had an incredible night and can’t wait to throw another launch party in store very soon!

CELEB SPOTTING Stars such as Helena Bonham Carter, Martin Freeman, Nicholas Lyndhurst, Darcey Bussell and Jonathan Ross have all popped by 7 Dials store. Jimmy Sommerville signed a record for store star and fan, Katie, plus we’ve even had no other than the late Alan Rickman in the store - he was a joy to to serve and apparently, "yes, he did want a bag".

TOP OF THE SHOPS! We’re super proud that over the years we’ve been top of the shops! Time Out crowned us one of the Top 100 Shops in London, The Guardian named our store in the top 10 Best Shops in West Londo, and the Telegraph shortlisted us as one of their Best Independent Womenswear Shops in the UK! Visit our store to find out for yourself what makes us so special. 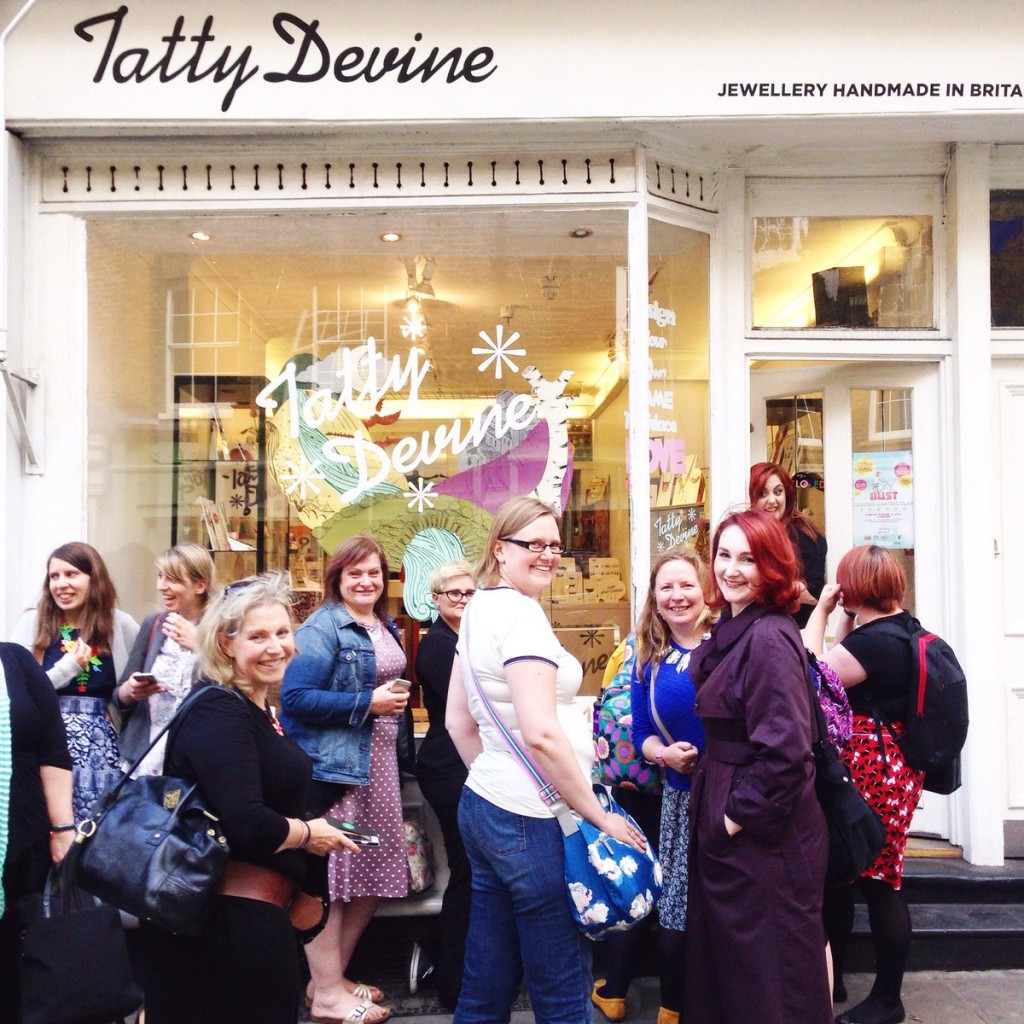 YOU GUYS! Our store wouldn’t be what it is without YOU! Here’s what Katie, store supervisor supreme has to say - “We love the regular customers and fans that pop in just to say hello, those hat come in to try and buy. It's a very special place where people come in for a chat and to talk about all things 'Tatty' to music, new record purchases, cakes, shoes, films and general life, I feel very lucky to be a part of that. The cards and gifts that we get from customers on our birthdays and my recent wedding make me feel that I am part of something really quite special.”

To celebrate our seventh birthday, for today only we’re giving away a FREE Tatty tote and bag of Metcalfe’s popcorn with any purchase today. See you later!

Do you have any special memories about our Seven Dials store? Let us know on Twitter!