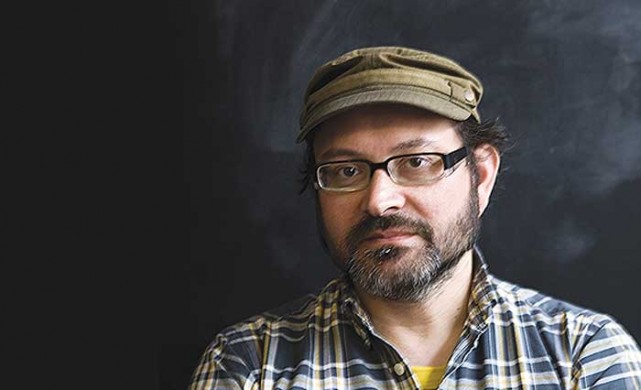 The London Short Film Festival received 1200 films this year, and the London Film Festival has around 3000 short film entries, and I’ve been watching short films since the mid nineties. So, choosing a favourite is nigh on impossible. DAD’S DEAD by Chris Shepherd springs to mind as an incredibly strong and powerful animation, and is quite dark (where as a lot of animation tends to be lighter in mood) And RABBIT by the late Run Wrake is also amazing.

What do you think the future holds for short film?
The future is very bright. The submissions for LSFF went up from 800 in 2011 to 1200 in 2012, so it seems more and more people are making short films. There may not be the funding out there that there used to be, but with excellent cameras and edit systems coming down dramatically in price, it’s so much cheaper to make something, and I support those that do just go out there and do it. There’s obviously some great films coming out of film schools and through funding schemes, but I also support those that are making lower budget work off their own backs. It makes for a vibrant exciting scene.
In your position as Animation Hot House judge, what will you be looking out for in the entries?
Something that really grabs you and roots you to the screen. With so much work out there, you may think it’s impossible to create something new, but it’s more about creating something gripping. Inventing new stories is virtually impossible, but it’s possible to invent new ways of telling those stories. Thanks, Philip! We're definitely adding RABBIT to our must watch list and will check out the London Short Film Festival, too. Looking for animation inspiration? Watch all three of Katharina’s Hot House Animations here and get ready to enter the jungle!