We’ve asked Creative Director Harriet to take us through the inspiration behind her favourite pieces, so sit back, relax and get ready to embark on a musical odyssey... 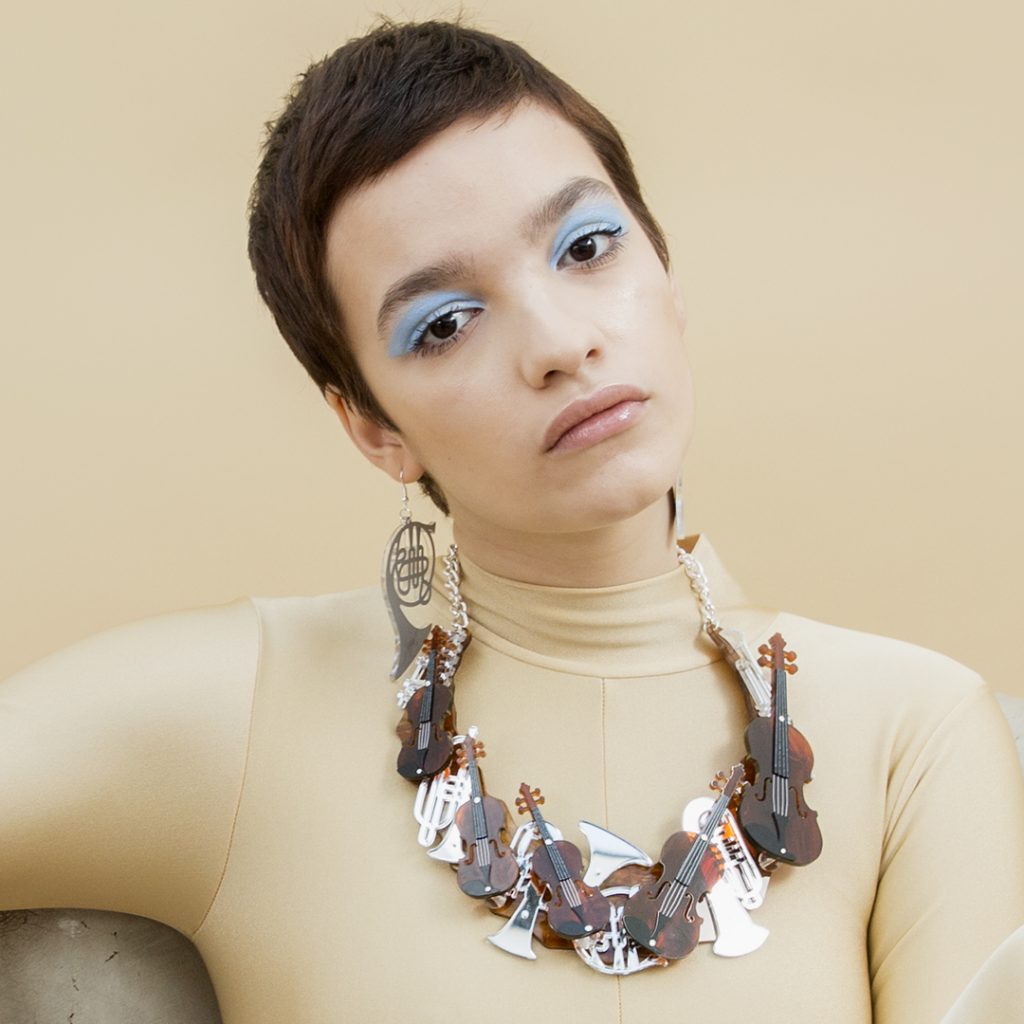 "This seasonal collection is about power, continuing on from our AW17 'She Put A Spell On You' collection. They share a strong female presence within and present different examples of the human creative spirit. Within Spring Forth and Break Through, a wind passes through the pieces and an underlying song and sounds are carried with it." 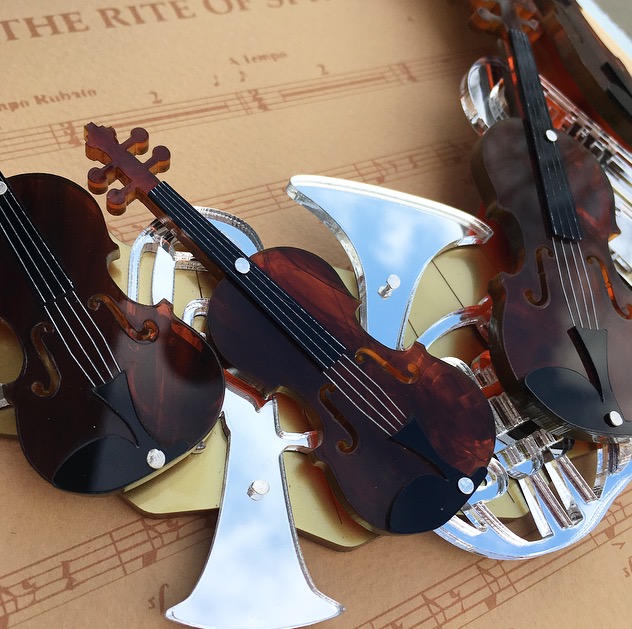 "The Orchestra Statement Necklace is the centre of the collection.  In August I went to see the Rite of Spring performed by the Multi Storey Orchestra in a car park in Peckham, I was sat right in the front row and 100 years later, it was still completely brilliant. It was first performed in 1913, the avant-garde nature of the music and choreography caused a sensation and a near-riot in the audience. The idea of a piece of music inciting such a reaction, such passion in those who see it is so exciting!  The music achieved equal, if not greater recognition as a concert piece and is widely considered to be one of the most influential musical works of the 20th century. The dance is incredible and the bold, jerky, modernist movements make it hard to believe it’s over 100 years old." 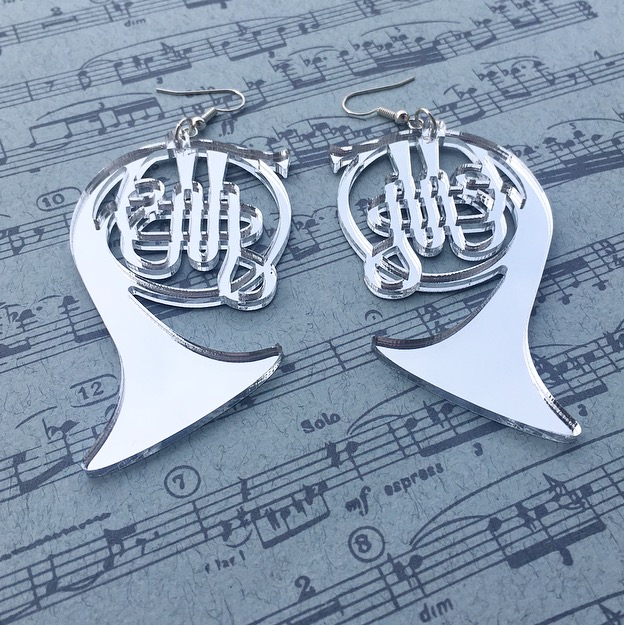 "Sometime back in around July last year, we began looking at British folklore, combining it with early 20th century costumes from Ballet Russes. The Rite of Spring seemed to surround me and I noticed references to it everywhere...it came to capture a sense of the excitement of creating new ideas for me.” 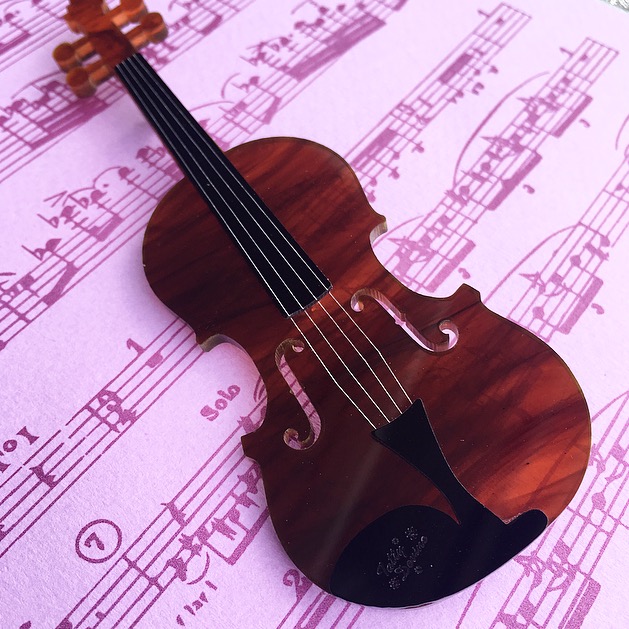 "I love that human beings have developed elements that come out of the earth, like wood, to create such a sophisticated art, over a relatively short period of time, that's full of emotion and power. The idea of being able to create the sense of an orchestra in a piece of static jewellery follows on so nicely from the theory of challenging the conventional concept of what subject matter you can make jewellery from - previous adventures have included still life and landscape paintings." 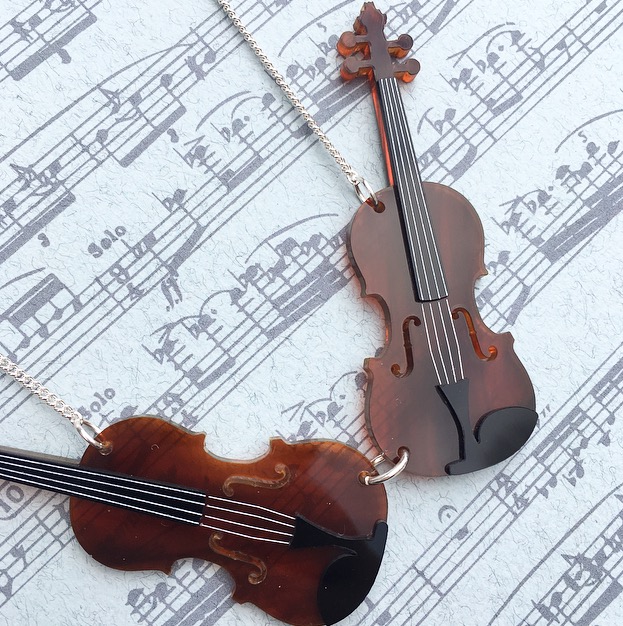 "We've been making jewellery for nearly 20 years and the fecundity, the ability to produce new ideas is a constant fascination and driving force. When we work with a concept, creating something new and exciting is so important to us; eventually developing something that will mark a time and moment along the path that is the progression of creativity."