Team Tatty love any excuse for a night out and there's no better occasion than a good friend's birthday. This, however, was no ordinary soirée - we were headed for Amy Lamé's Unhappy Birthday.

In preparation for a riotous night of teen angst, Morrissey worship and party poppers, Amy had asked us to create some exclusive props. We coaxed our fringes into quiffs, practiced our best Moz impressions and arrived at the Camden People's Theatre buzzing with excitement. Just what is an 'Unhappy Birthday'? The answer came in Amy's lovingly made fanzine to The Smith's maudlin front man. 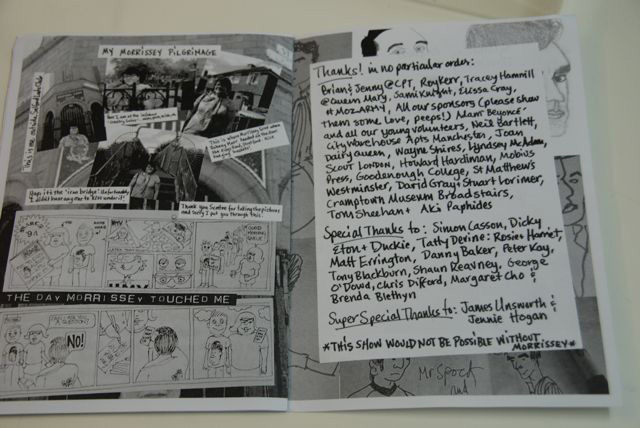 We love Amy's photo diary of her pilgrimage to Morrissey's birthplace, Manchester. 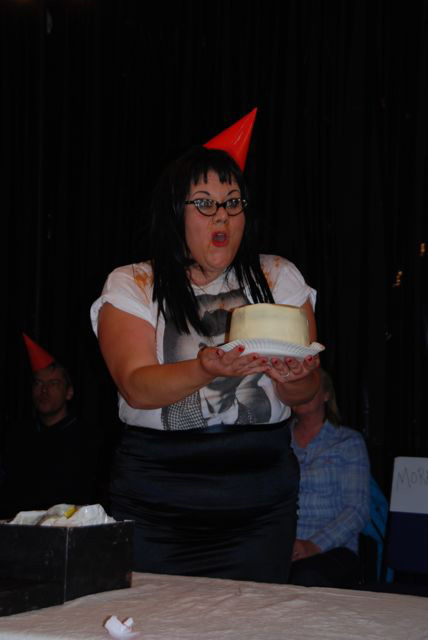 You can't have a birthday party without a cake. Sadly, it ended up on Amy's face rather than on our plates. 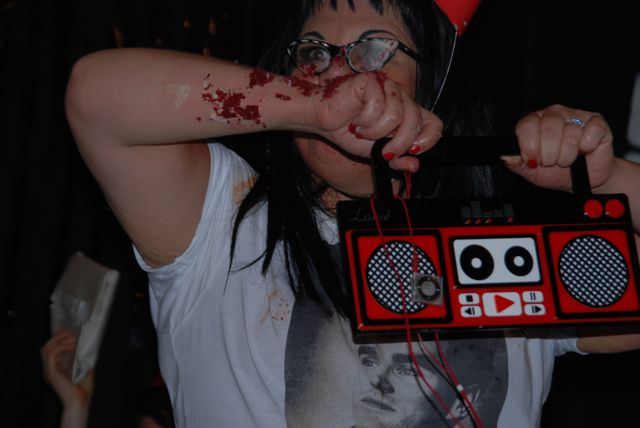 Yes, that's right. This is the perspex boombox prop we made for the show. Turn it up, Amy! 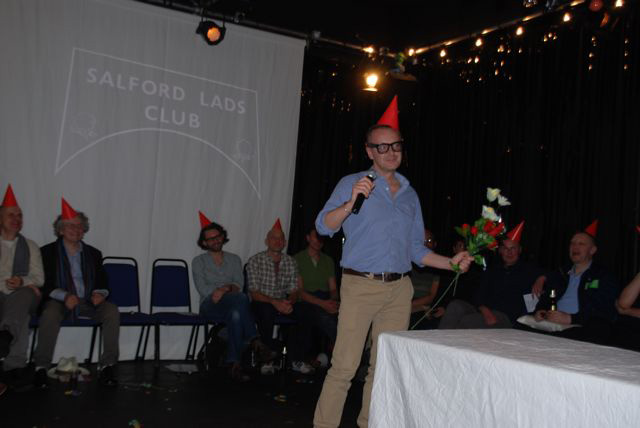 As the biggest Morrissey fan in the world, Amy had themed the party games accordingly. Moz-e-oke, anyone? 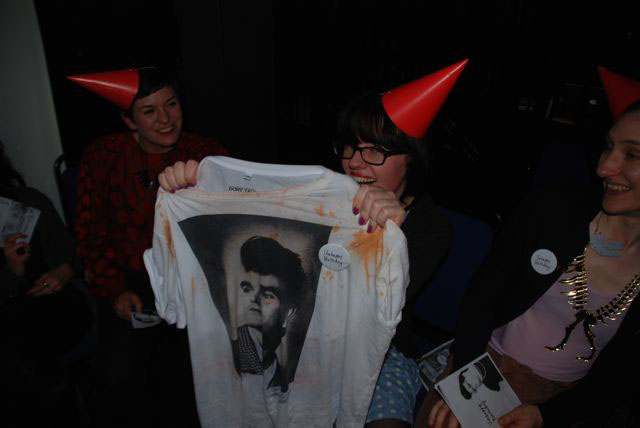 Emily even caught the t-shirt that Amy tore off in true rock god style during the finale! Backcomb your quiff, grab some gladioli and join Amy in celebrating her Unhappy Birthday. Find nationwide tour dates and tickets here.