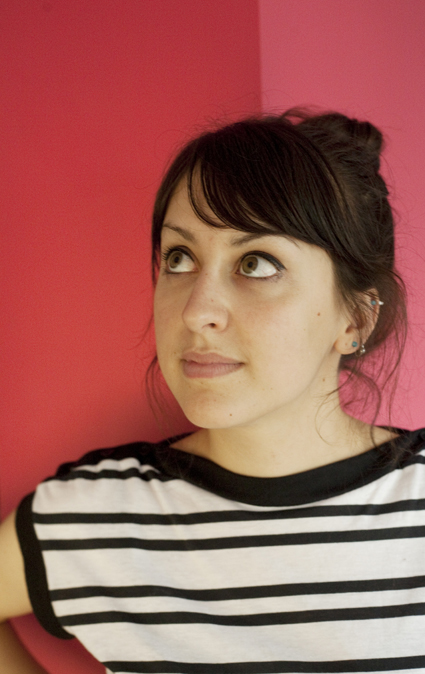 Meet Katie Allen, the lady behind Fat Quarter magazine which we are proud to be stocking! It bills itself as a "countercultural ladies' mag", and is witty enough to make you laugh while getting to those parts of your brain that other magazines don't always reach. 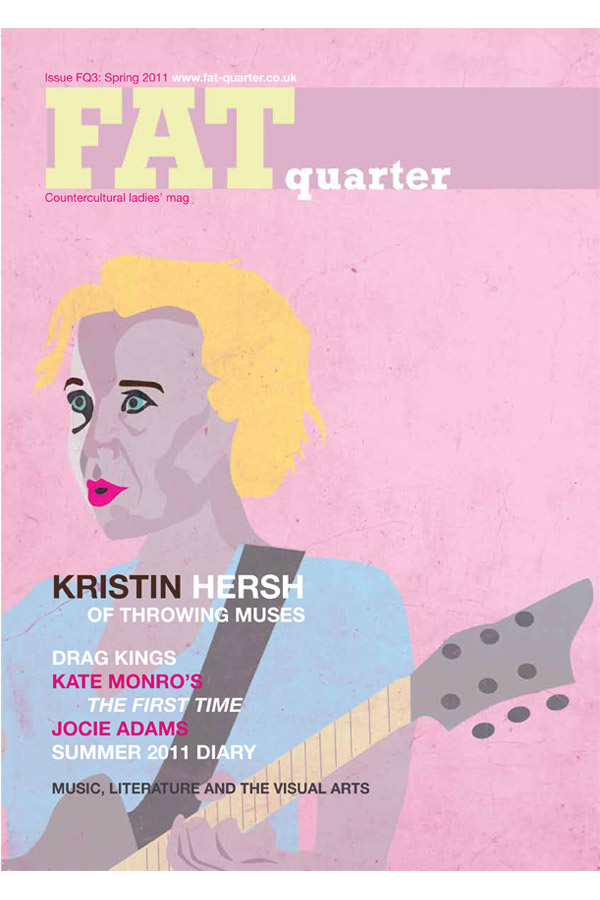 We had a little chat with Katie. Hi Katie! Tell us a bit about yourself... Hello! I’m a web editor/journalist by trade. I live in east London and when I’m not poring over a computer screen I like cycling, making things and reading whatever I can get my hands on. When and why did you start Fat Quarter? I started Fat Quarter as a webzine (www.fat-quarter.co.uk) in June 2009, with the first magazine published in spring 2010. The third one is just out. I started it because I love magazines, but I could never find a women’s magazine that didn’t make me feel bad after reading it. So I decided to start my own that had nothing to do with diets or rampant consumerism, or inane celebrities. The women we feature, from Climate Rush’s Tamsin Omond to Warpaint to a girl who plays rollerderby, are all spunky, interesting, inspiring people with something to say. What's behind the name? A “fat quarter” is actually the name for a piece of material used in patchworking (sized 18 by 22 inches!). I thought it reflected the crafty, DIY ethos I wanted the magazine to have. One day the magazine will actually come out four times a year, and then the “quarter” part will make sense! What made you decide to do a print magazine in our increasingly digital age? Well, it’s a webzine as well, and started out that way, but also I just think there’s something so much more permanent about an actual tangible publication you can hold in your hands. I have boxes full of zines and indie magazines at home that I’ve kept for years, just because I love dipping back into them. Plus I’m just excited by design and publishing, and wanted to make something that looked good too! Why did you decide to do a feminist magazine? I don’t think I could have done any other kind of magazine! The whole idea was to create something positive, that reflects women in a positive light, but also explores feminist ideas in an interesting, readable, and, I hope, entertaining way. I was fed up of reading about how to lose weight, or banish cellulite, or get someone to propose to you. I also wanted to promote a more punky, DIY attitude to being a girl that doesn’t necessarily mean looking a certain way or buying certain things. I was also really inspired by the US magazine Bust. My dream would be to edit the UK edition! What are the biggest issues for feminism today? On the one hand, it is talked about more than ever in the Western media which is really exciting. There are all sorts of conferences and debates going on, and things like the Slutwalk protests and Reclaim the Night, which I think are all really necessary and great. It’s easy to get jaded about things like the pay gap and sexualisation of young girls  and lack of female representation in government and business, but these things still need to be shouted about. It’s important to remember where we’ve come from – it wasn’t so long ago that British society was a bit “Mad Men”: my mum remembers being told by a careers advisor that she could be a “typist or a nurse”, those being the only careers open to her, and that people thought she was a bit of an old maid for not getting married until she was 27. On the other hand, there is so much going on in the rest of the world, in poorer, less liberal places, or even in parts of the UK, where women are really severely oppressed and hurt. It’s so hard not to get overwhelmed by that and to feel like you can’t do anything. Why should people read Fat Quarter? If they want to read something that’s different - if they want to read interviews with Kristin Hersh or Natasha Walter or Trash Kit, or to learn about the lifestyle of drag kings. If they want to make a skirt in a day, or read about the latest female campaigners or newest crafters. You don’t even have to buy a copy (although that would be nice!) as I try to update the website with good stuff as often as possible. What are your plans for this summer? I’m going to the US of A for the first time (not counting Disneyland when I was about 11). I’ll be visiting New York and Oregon and hopefully I’ll get to spread the FQ word while I’m out there! Follow Katie on Twitter at @KatieFQ or buy the magazine here.