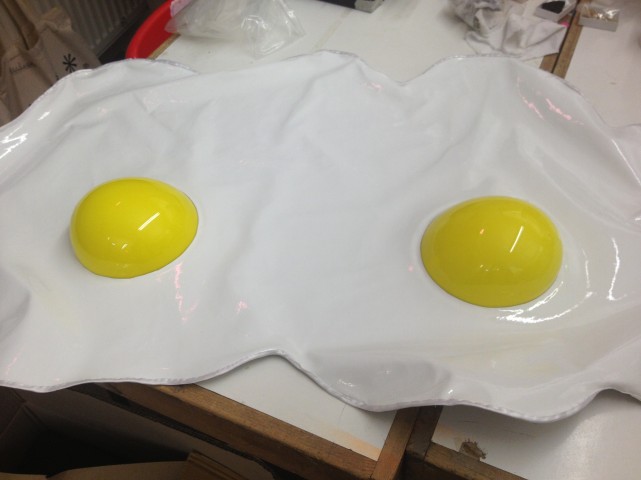 Last week we revealed that our Creative Director Harriet has been hard at work creating an Easter bonnet for stylist and accessory queen Fred Butler's Easter Bonnet Parade. We can finally reveal the fantastic result: say hello to Double Yolk! The inspiration? It's a homage to the Biddenden twins from Kent, who were joined at the hip. They were the original 'old biddies'! When they died, they left 5 plots of land and these were used to pay for an annual dole of food and drink to the poor every Easter. Since at least 1775, the dole has included Biddenden cake: a biscuit imprinted with an image of two conjoined women. Our monochrome double yolk hat is formed from twin blown domes of yellow plastic, with a soft wide white patent leather brim, hand cut and finished in satin trim.  The fertility rights of spring come into full force in our twin hat as it celebrates all things double. Last night, we headed to the glamorous Sanderson Hotel to reveal our creation on the catwalk alongside entries from fellow designers and up and coming creatives. Eyeliner queen Harriet adds the finishing touches to our model (and Tatty Devine Production Manager!) Becki: 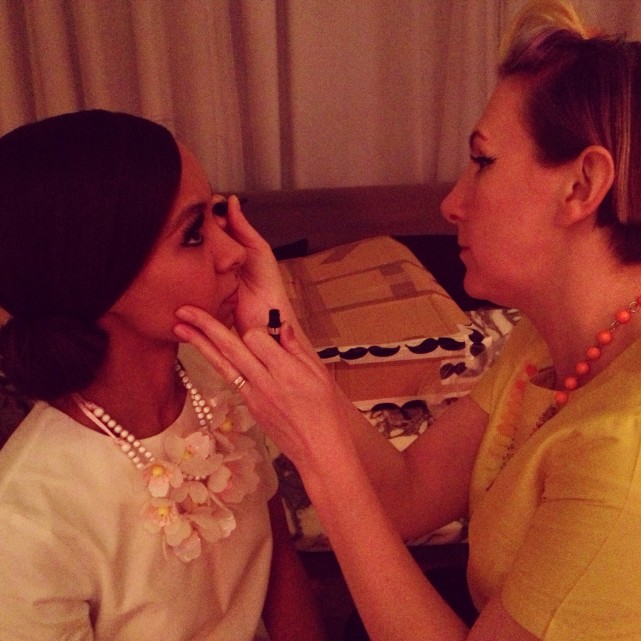 Sunny side up! Becki and our Production Assistant Sarah get ready to hit the catwalk. Look closely at their necklaces - you're getting the first peek at a soon-to-be-released piece: 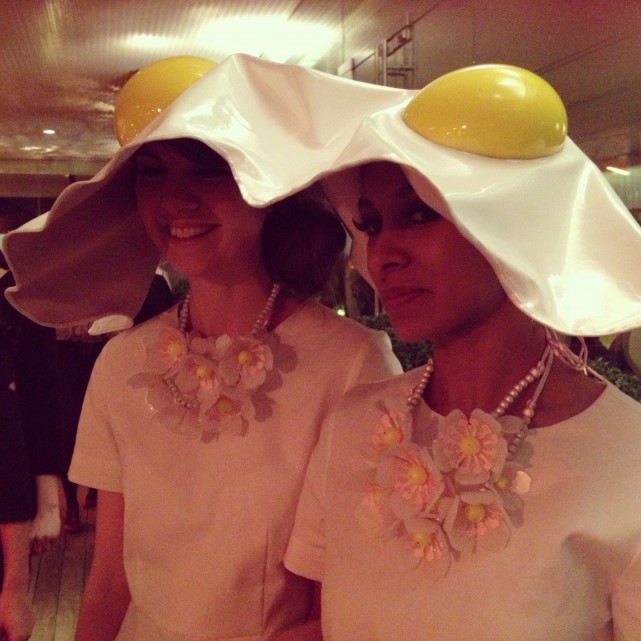 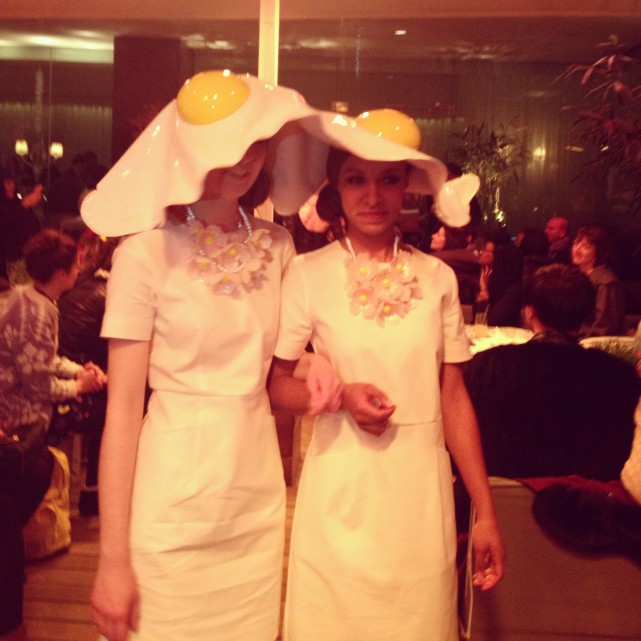 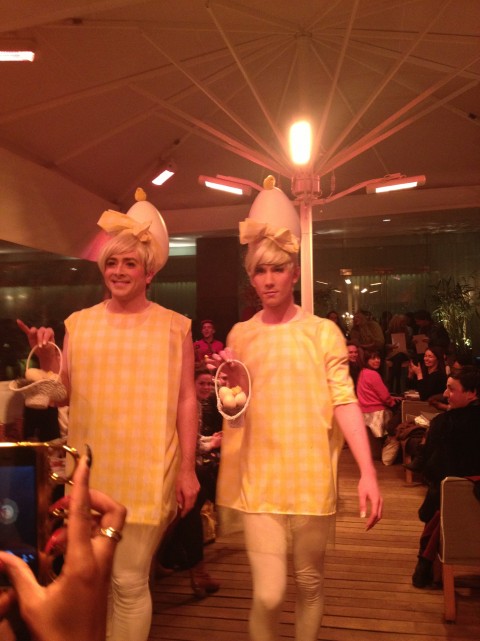 The competition was judged by a top fashion panel, including Vogue’s Style Editor Emma Elwick-Bates and Love Magazine's Alex Fury. The winner? Piers Atkinson, of course. We couldn't resist teaming up for an eggcellent snapshot: 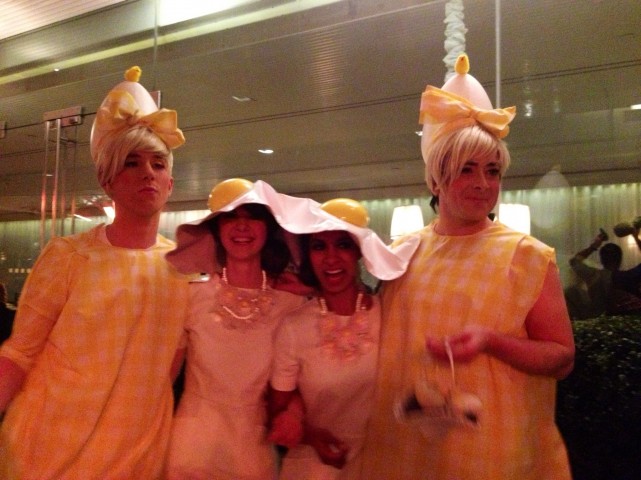 Thank you for an amazing evening, Fred! Taken a liking to our Double Yolk egg bonnet? It could be yours this Easter! All bonnets will be auctioned on Ebay after the event with proceeds going to Kids Company. Watch this space!