We first came across astrophysicist and science communicator, Emma Osborne over on Instagram, where she brings mathematics to the masses. Sit back and get comfy as we cover everything from women in STEM to Jurassic jewellery, via 'The Infinite Monkey Cage'.... 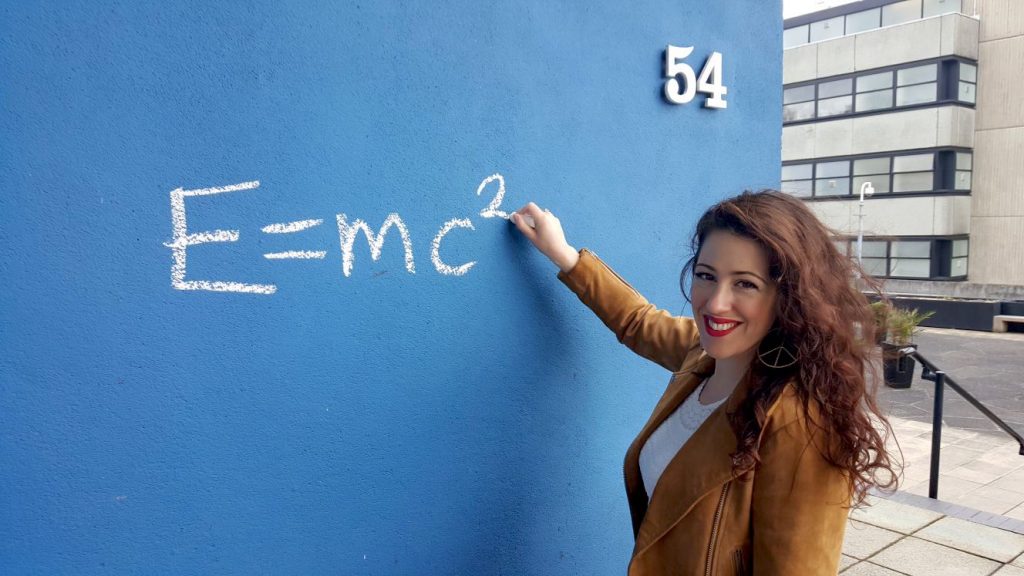 FROM PODCASTS TO PLAYLISTS, WHAT DO YOU LISTEN TO FOR INSPIRATION?

My favourite podcast has to be ‘The Infinite Monkey Cage’ with Brian Cox and Robin Ince. It’s a funny and informal discussion of topical science aimed at a non-specialist audience. It’s a great way of learning something new whist being entertained. Musically, I’m really enjoying ‘Moondog’ at the moment. It’s perfect to listen to whilst working and relaxing. The inventive nature of the music is very energising, which is great for when I’m being creative or trying to make sense of something difficult.

IF YOU COULD EXPLAIN ASTROPHYSICS TO ANYONE, WHO WOULD IT BE?

My mum. Ok, so I do actually talk astro with my mum, but this type of conversation isn’t quite as straight forward as it might seem. My mum left school when she was 14, despite being academically strong and wanting to pursue qualifications, her socioeconomic status meant that this just wasn’t an option. I feel this experience led her to lose a little bit of confidence. In the past, when I have started to talk to her about physics, she has responded with ‘that’s too complicated for me’. The conversation is closed before it even had a chance to begin. Unfortunately, I encounter this response too frequently. I truly believe astrophysics isn’t too complicated for her or anyone else to understand. The trick is communicating physics in a way that is understandable.

Science has a serious diversity issue. In physics, women are particularly under-represented. A lot of work has and is being done to tackle this, although change is barely trickling through. Recent studies have shown that girls are less likely to study subjects that their mothers think are challenging. This ties in with the perception that if something is hard it is not enjoyable, which isn’t always true.

If I could explain astrophysics to anyone, it would be to all of the people who think it is too difficult for them to understand, because it isn’t. 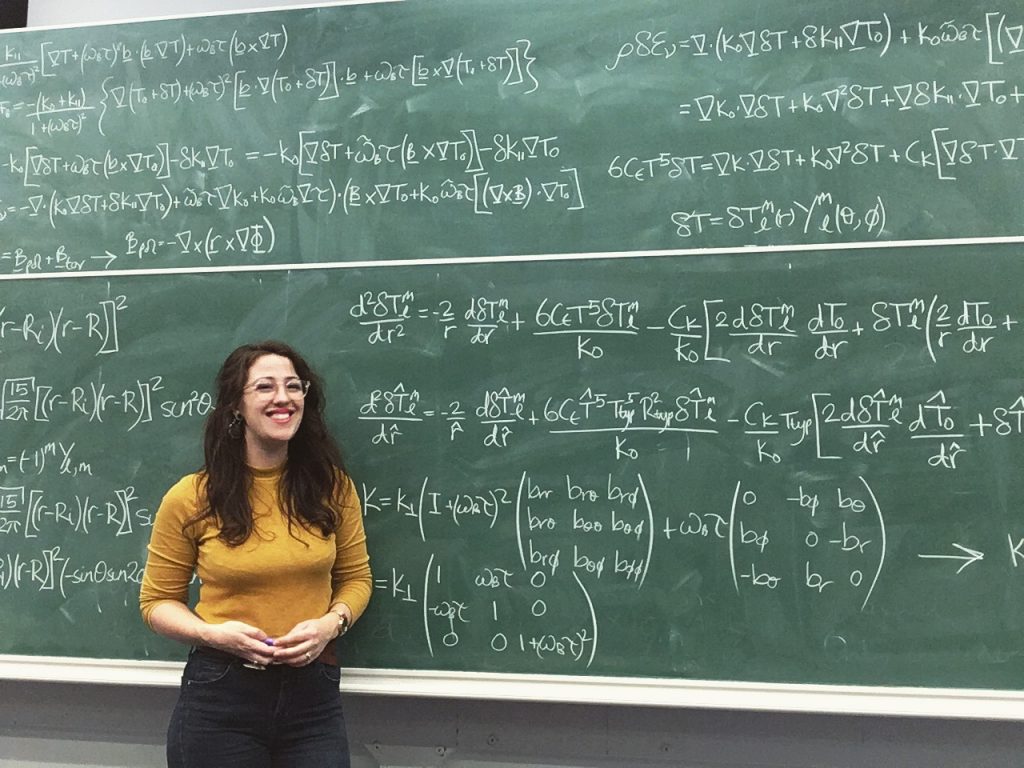 Getting my degree! Studying physics at university was something I knew I wanted to do since I was 14. Being accepted and actually completing the degree felt like a dream come true. This experience was particularly special, as my brother and I were the first people in our family to go to university, and we both very nearly didn’t.

When I was a teenager I made a lot of bad decisions. I lost interest in school and started skipping class to hang out and party with my friends. I soon learnt that those decisions had consequences.  I decided to stay on at school and struggle through my A-levels, as I had dreams of becoming a physicist. The grades I got reflected my commitment, so I decided not to go to university. Partly because I didn’t have the qualifications to study physics, partly because I just wanted to earn some money and have fun.

I found out that some universities in the UK offer a 1-year foundation course in physics, upon completion I would be able to study for the undergraduate degree. Five years after I finished my A-levels, I decided the time was right to pick up my studies again. I quit my job, packed my bags and never looked back.

Even though I made some pretty bad decisions back then, I have certainly learnt from them and how to turn those experiences into positives, after all they have made me who I am today and I wouldn’t want to change that.

Now that’s a tough question! I think I’ll have to go with the Dinosaur Necklace, because dinosaurs are awesome and so are necklaces, so why not have both rolled into one. 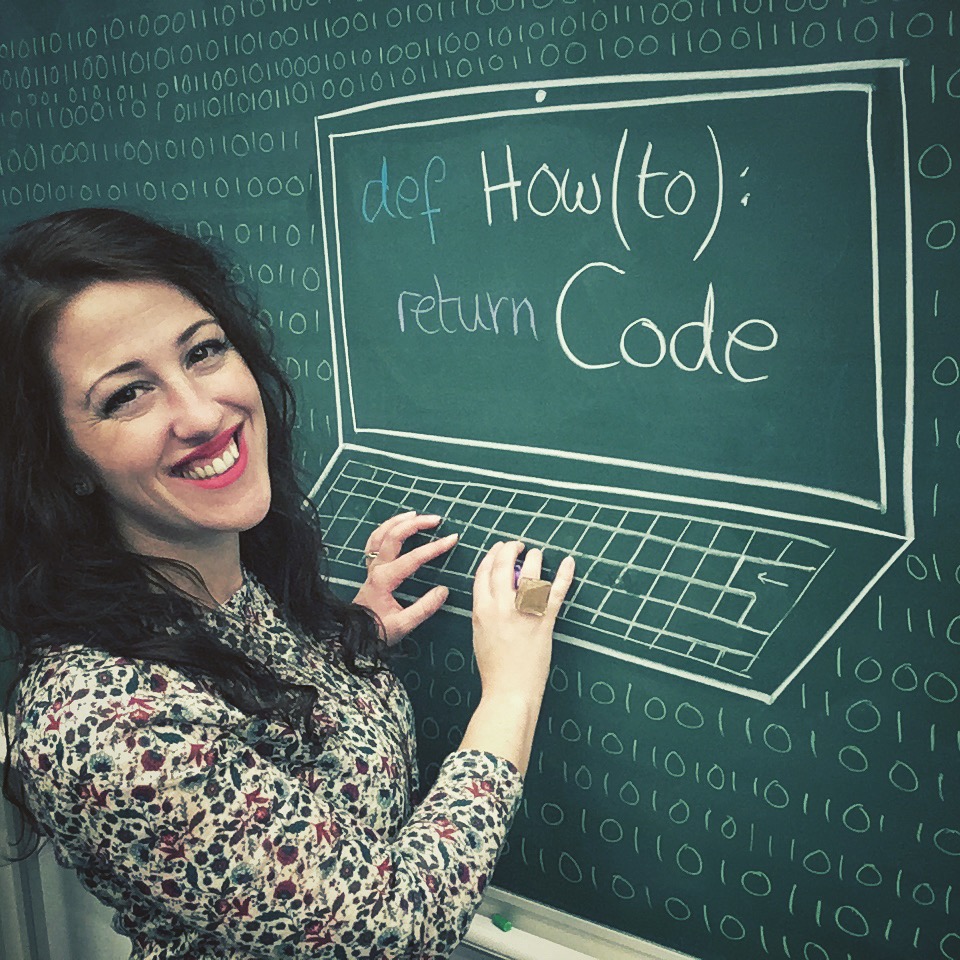 Ivana from Mathmatical Models. I’d describe her work as the mathematical version of Humans of NY. She has a blog that she created to showcase the maths that is present in our everyday lives, and the success stories of women in STEM (Science, Technology, Engineering and Maths) to provide young women with positive role models, along with plenty of beautiful imagery that she captures herself.

Roma Agrawal, a structural engineer who worked on the Shard.  She is also a public speaker, TV presenter and author. She does a lot of public engagement work, inspiring the next generation of engineers.

Katy Paterson is an artist that collaborates with scientists. Her work considers our place on Earth in the context of geological time and change. My current favourite art piece of hers is the fossil necklace. The necklace comprises of 170 fossils carved into spherical beads, with each bead representing a major event in the evolution of life through the vast expanse of geological time.