We first met pattern designer Cléo Ferin when she was in a two-girl French chanteuse band with her friend Sabrina. Cléo and Sabrina modelled for one of our photoshoots in 2007 (how time flies!). Since then, Cléo has worked at Alexander McQueen and now designs her own line of scarves. Her latest collection is called 'Les Histoires D'Amour'. Each scarf is based on a different romantic character: The Novelist, The Aviator, The Explorer, The Lover, and The Sailor. Being French, Cléo's designs always have a romantic Parisian ooh la la factor. Her designs draw you in with wistful stories and images, creating a whole world on a silk square: think love notes, secret maps, sailing ships, and hearts and lockets. We love her cinematic photoshoot, which looks like outtakes from a 1960s French film. 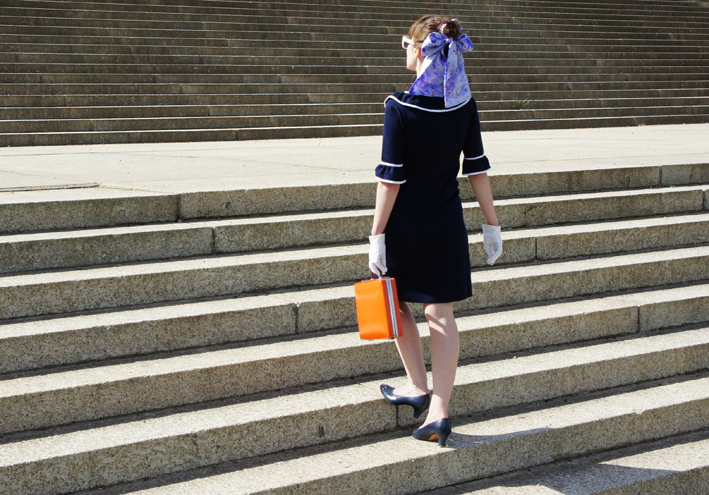 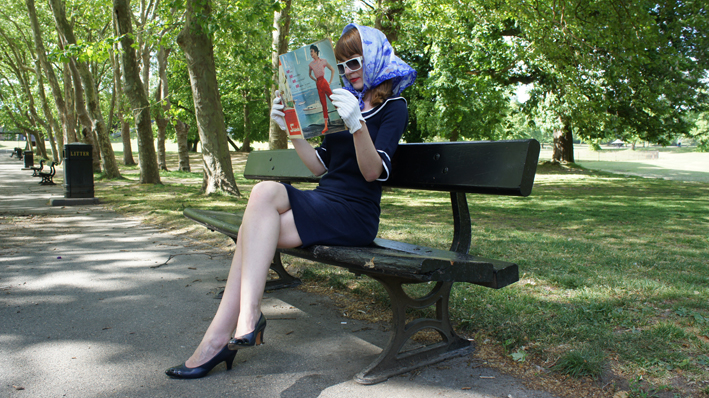 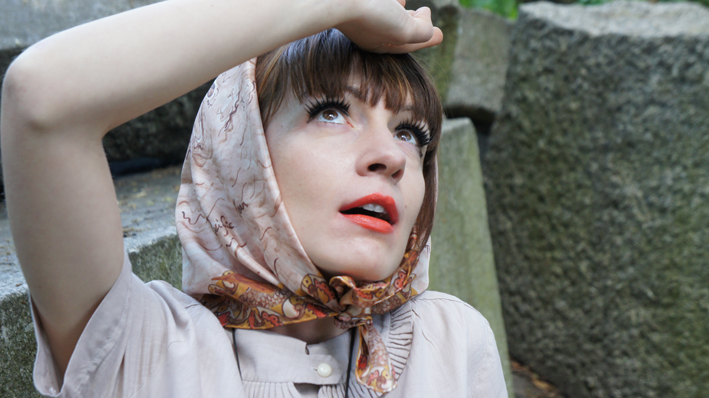 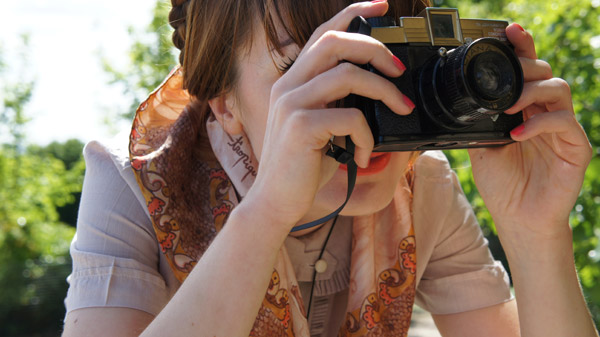 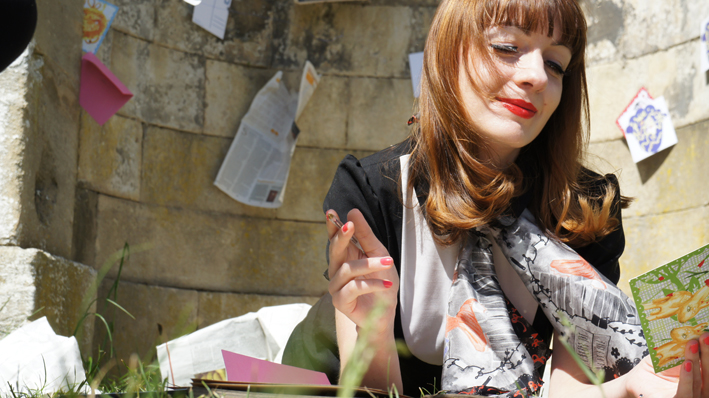 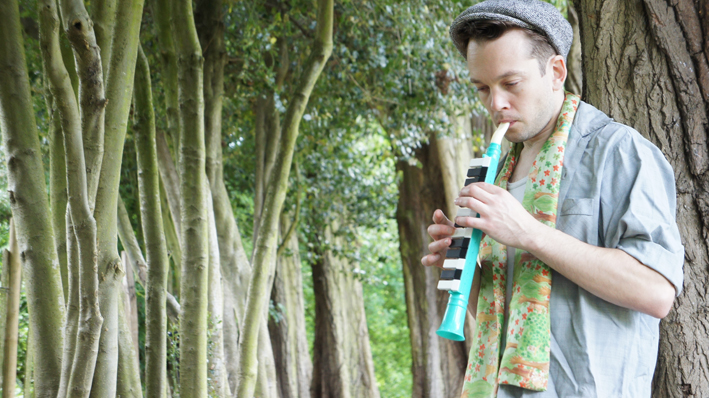 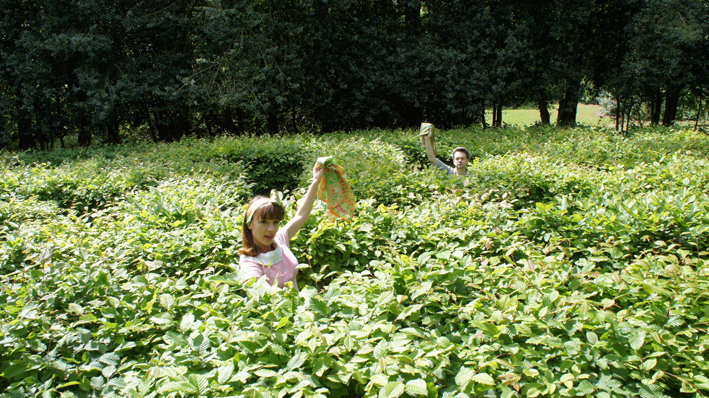 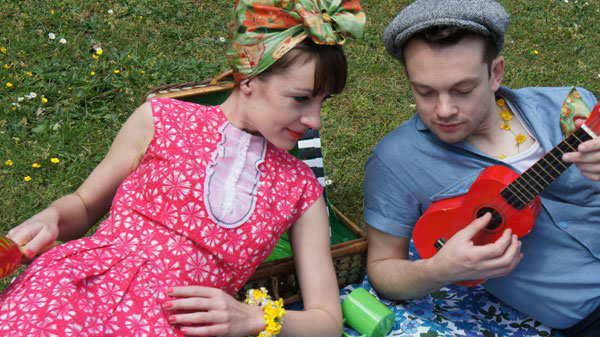 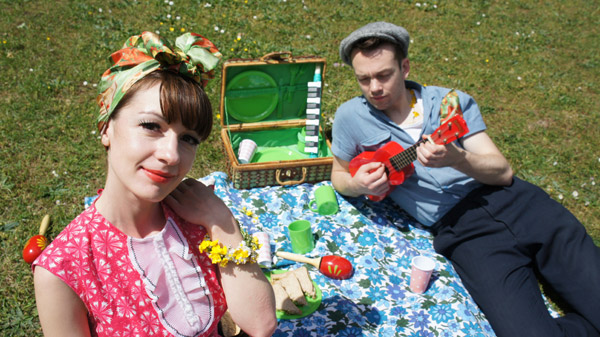 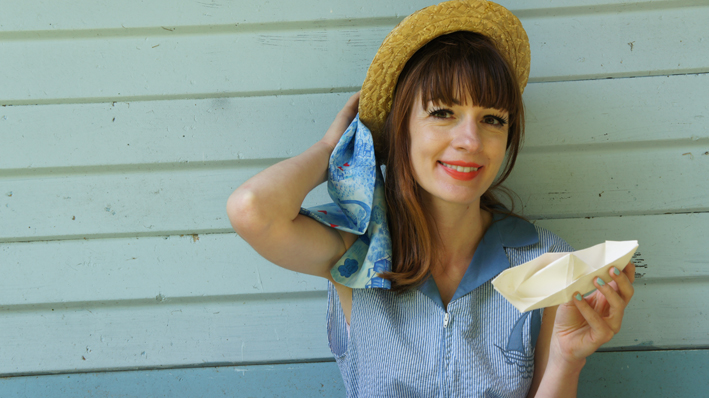 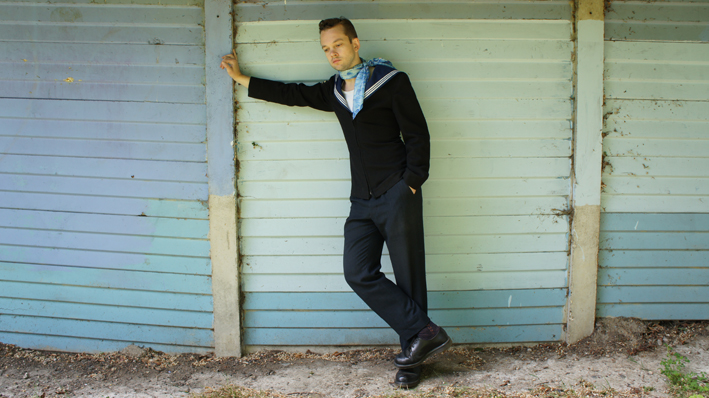 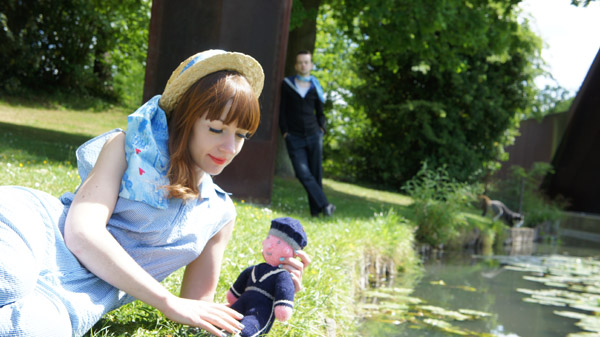 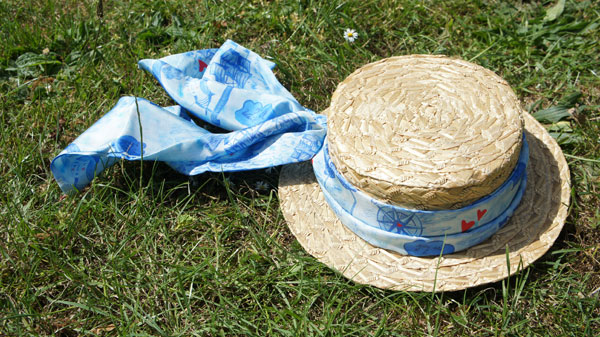 One scarf, The Novelist, has a poem at the centre written by Cleo's boyfriend Robert (who is in the band The Severed Limb - read our recent blog about them). The poem reads: When my love is away from me I do not brush my teeth I do not see the point of it and do not want the grief When my love is away from me I don't know what to do Bring my love home to me, I'm black and grey and blue. All Cléo's scarves are 100% silk, and made in London with hand-rolled edges. Find them on our Scarves page!