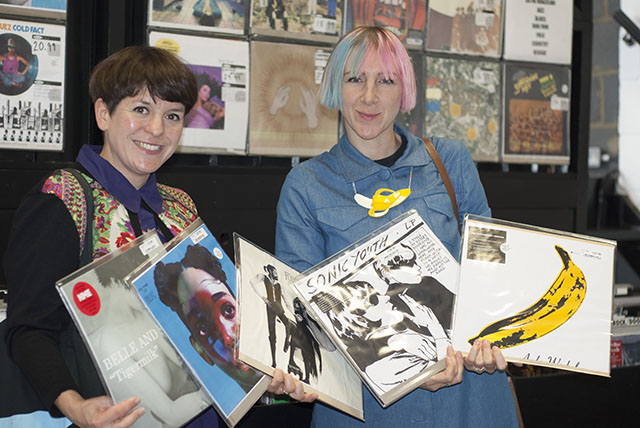 Calling all vinyl lovers! We couldn't believe our luck when we heard that Sister Ray Records has opened a brand new East London location, Sister Ray Ace, just down the road from our studio. From charm bracelets adorned with miniature records that featured in our very first collection to hosting electro queen Peaches live in our Brick Lane store, music has been a constant source of inspiration for Tatty Devine over the past fifteen years. Rosie and Harriet explain:

"Music is at the very heart of every one of our collections. We both love heading to gigs and taking turns choosing the soundtrack for the day in our studio. When we first started Tatty Devine in the early 2000s, we'd head down to Berwick Market to buy chains and supplies from the market and fabric shops. We always used to pop into Sister Ray Records on the way back - we never left without a new record to add to the collection! You never know what you're going to find when you're flicking through the racks. Before the internet, you talked to the people who worked there for their recommendations and just stumbled upon new favourites. Vinyl is so special - it really is forever."

As part of our 15th Birthday celebrations, Rosie and Harriet headed along to Sister Ray Ace on a very special mission to hunt down the top five albums that have influenced Tatty Devine over the past fifteen years... 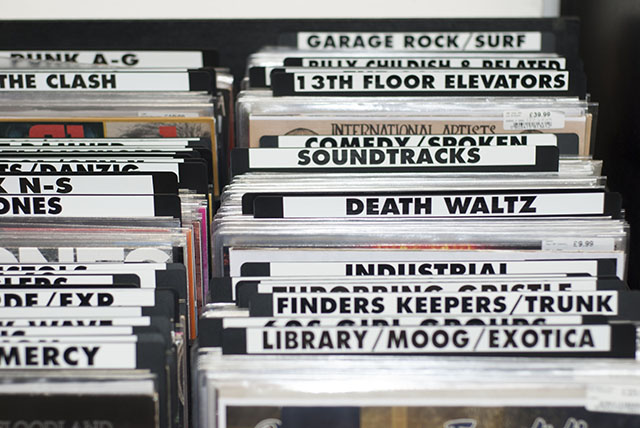 The Velvet Underground & Nico Harriet: "I was introduced to The Velvet Underground through my brother's bedroom wall - he had all the best records. It's an eternally cool album and the cover definitely influenced the design of the Banana Necklace, too. I loved that you could peel off the banana sticker on the original cover - I like anything a little bit rude!" Rosie: "It just has all the best songs. Venus in Furs, All Tomorrow's Parties... Both Harriet and I love Nico, too. Even though it came out in 1967, it sounds as though it was written yesterday." 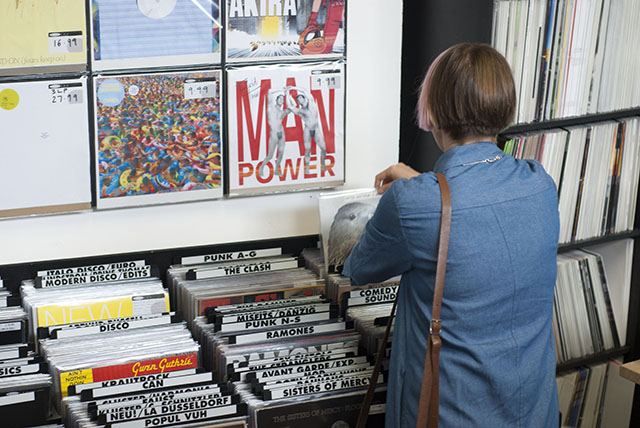 Sonic Youth - Goo Rosie: "Goo is one of the best albums ever. I loved the video for Kool Thing, too. Kim Gordon is the coolest woman in the world." Harriet: "Kim Gordon is so cool it makes me ache! I can't concentrate when we play Sonic Youth in the studio. Those guitar riffs, the lyrics... I get overwhelmed by it all and just want to sit there and take it all in." 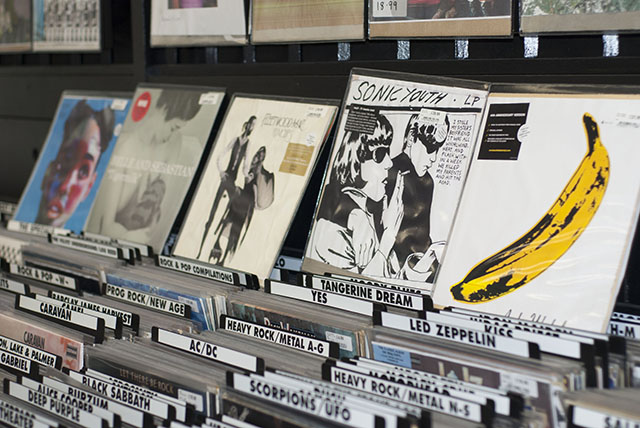 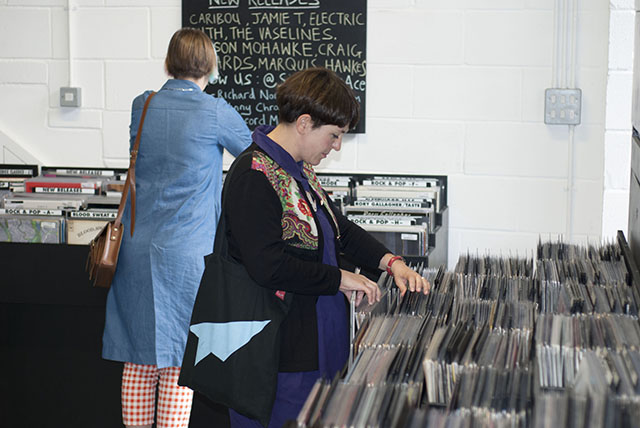 Fleetwood Mac - Rumours Harriet: "We play Rumours in the studio all the time. Sometimes my assistant Siff and I will look at each other and say, "Is it a Fleetwood Mac afternoon?" and stick it on! It had a big influence on our Autumn Winter 2014 collection. Stevie Nicks is very present in all the jewellery." 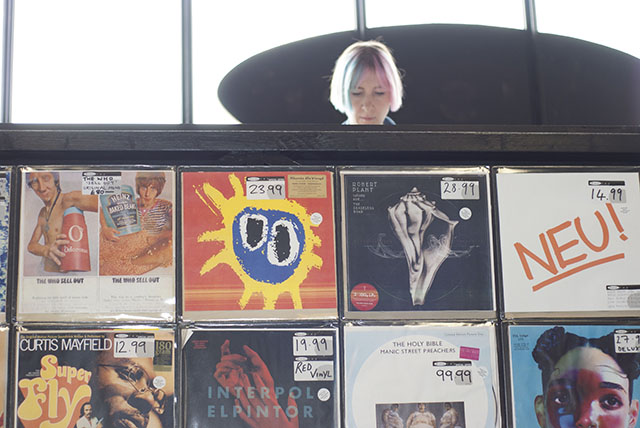 FKA Twigs - LP1 Rosie: "This album is one of our new favourites. I really love what FKA Twigs does. She looks amazing, has her own unique sense of style and isn't a product of anything which is very inspiring. She's a leader."

Feeling inspired to share your musical knowledge? Good news: we've teamed up with Sister Ray Ace to celebrate our 15th Birthday with a fun Twitter competition. One lucky winner will receive the Plectrum Necklace and Sister Ray Ace vouchers worth £50. Fancy bagging the prize? Here’s how to enter:

Good luck - and get thinking!

*The small print: To enter, follow both Tatty Devine and Sister Ray Ace on Twitter and tweet your answer with the hashtag #TD15. We will randomly select one winner from all tweets sent before midnight on 12th October 2014 and the winner will receive one Tatty Devine Plectrum Necklace, plus £50 worth of Sister Ray Ace vouchers. This competition is not open to Tatty Devine & Sister Ray employees, their families, agencies or anyone connected with Tatty Devine or Sister Ray. There is no cash alternative, and your prize is non-negotiable, and not refundable. We will notify the winner Twitter and on this blog by 1pm on 13th October 2014 and if the prize isn’t claimed within two days of the winner being notified, Tatty Devine will randomly select another winner.