GET SET FOR THE HIGH SEAS WITH NAUTICAL CHIC We're sure you know just how much we love all things nautical - from lobsters to anchors and cutlass swords, we have it all. When we heard that our friend Amber Butchart was releasing a new book, Nautical Chic, we knew it would float our boat.

Last week we caught up with Amber over some fish and chips (of course) to chat vintage shopping, stripes and sailors... 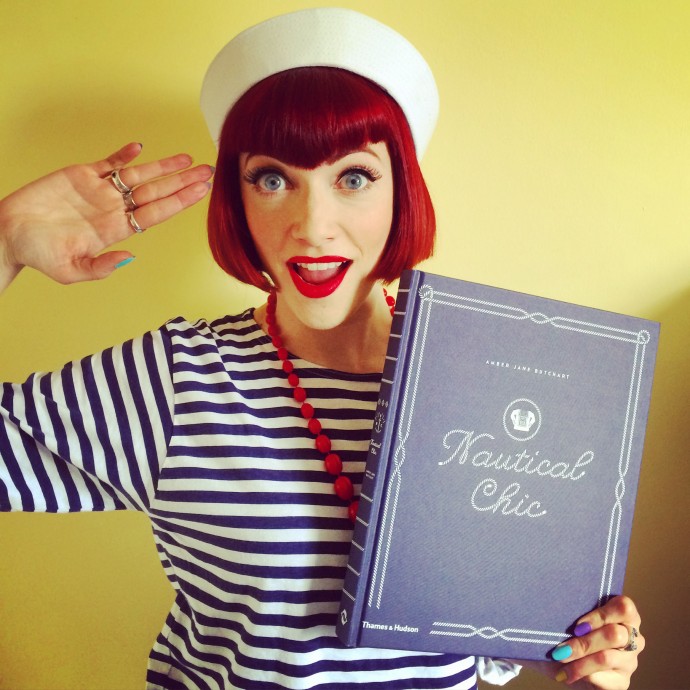 Hey Amber! So, tell us a little bit about your background and career?

I’ve always been fascinated by old objects and they’ve always played a big part in my life. My initial degree was in English but I was more interested in the socio-historical context to the texts we were studying than the content of the texts themselves. I subsequently worked as Head Buyer at the vintage clothing company Beyond Retro, as my other love was old clothes. I was never interested in fashion as a system when I was growing up, I didn’t read fashion magazines as a teenager, but I was an avid charity shop scavenger and always loved dressing up and creating narratives through clothing. So it was through working with the objects themselves that I became interested in the history surrounding them. I studied for a Masters degree in History and Culture of Fashion at London College of Fashion, and the rest is history!

There is no real typical day as I’m always working across a number of projects. So I could spend the day lecturing at London College of Fashion, or researching in archives or libraries, then the evening DJing somewhere like the Arts Club in Mayfair. There’s a lot of variety! 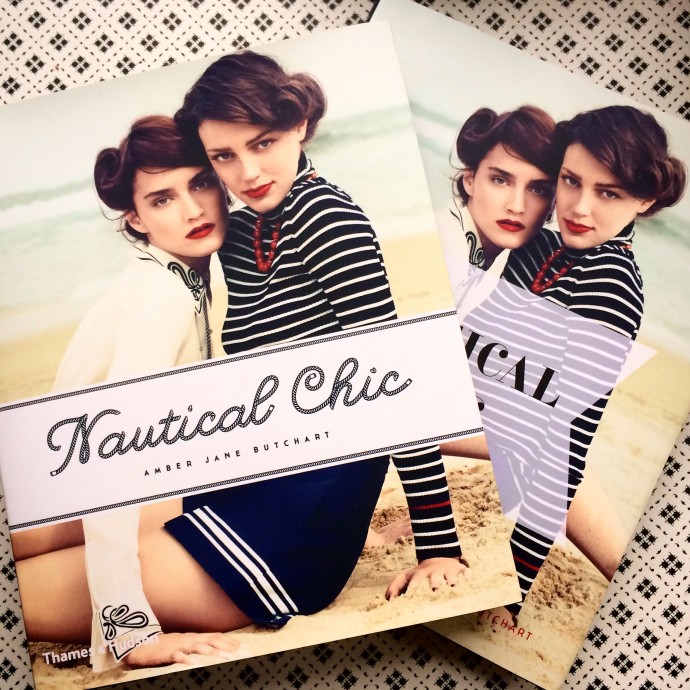 What are your main inspirations in life?

I'm lucky in that all aspects of my work involves research, which is a constant source of inspiration. Whether it's researching West African textiles or Victorian mourning dress for various projects. For my latest book I've been really obsessed with how fishwives dressed when they were selling fish at markets - it doesn't sound glamorous at all but their clothing even inspired Dior and Balenciaga. It's a cliché, but inspiration is everywhere.

How do you describe your aesthetic?

I've recently settled on 'art teacher in Ghostworld meets Pat Butcher'. I could recreate outfits they've both worn with pieces in my wardrobe! 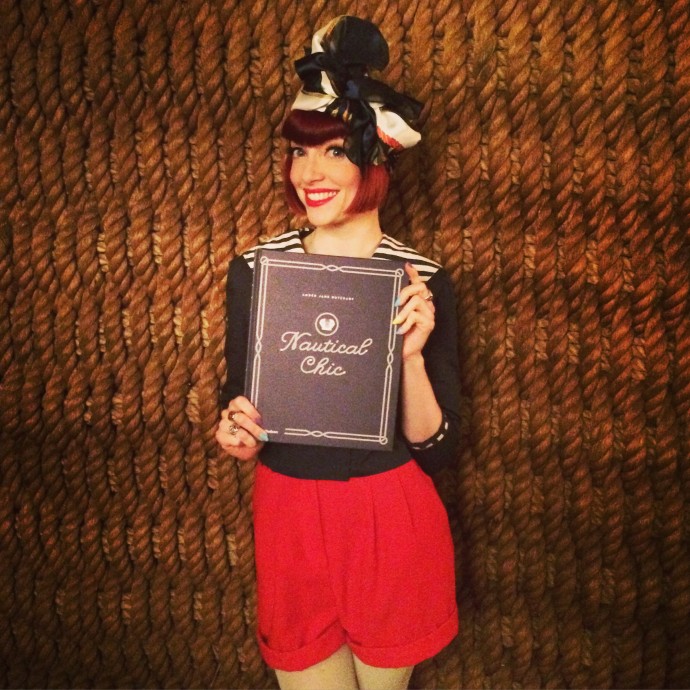 Tell us a little bit about your new book...

Nautical Chic looks at the history of high style on the high seas. A catwalk favourite, nautical styles – from the sailor collar to pirate boots – are perennial trends, and items like the striped top have become essential chic classics. So I wanted to look at how these garments crossed from uniform and workwear into fashionable dress. It’s the first book to examine our obsession with nautical style, and to trace the evolution of 21st century maritime style back to its roots in our seafaring past.

Why does nautical style appeal to you so strongly?

I grew up in a fisherman’s cottage in a seaside town, so I have always had an interest in the whole idea of fashion by the sea. I based my dissertation on the influence the sailor uniform had on Victorian women’s swimwear, so nautical fashion has been a long running research interest of mine for about ten years. 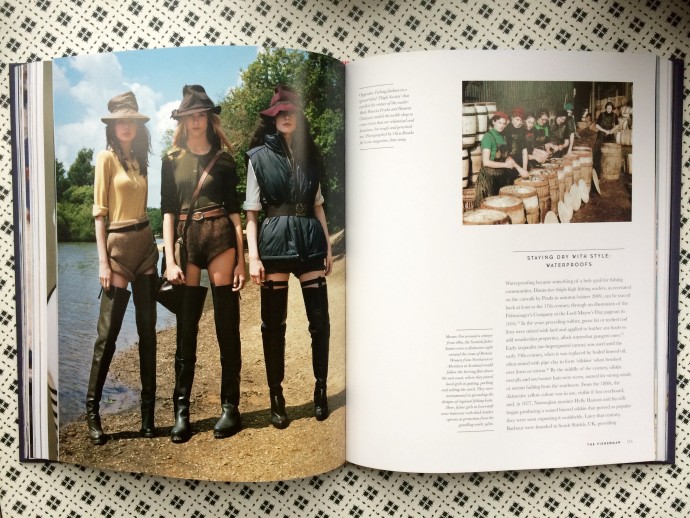 Who is your nautical icon?

One of my absolute favourite pictures in the book is of the Lowestoft fishergirls in the 1930s. I did a lot of research in Lowestoft (my home town) – at the Maritime Museum and the library, and I totally fell in love with those girls.

You touch on five maritime professions in your book - The Officer, The Sailor, The Fisherman, The Sportsman and The Pirate - which one are you?

That’s a really difficult question! I fell in love with each profession as I was working on each chapter - the tailoring and embellishment of the Officer, the cheeky sailor collar, the yellow waterproofs of the Fisherman, the aspirational sportswear from yachting and the historical romanticism of the Pirate. I think I’m a bit of all of them really! 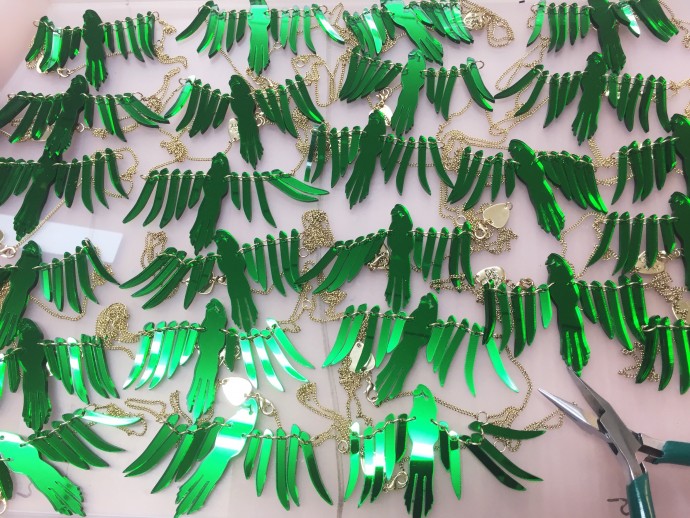 Are there any Tatty Devine pieces you have your eyes on at the moment?

The Lobster Giant Necklace has been a longstanding maritime favourite of mine, plus the Cutlass Necklace and Parakeet Necklace are also high on my pirate wishlist!

What's on the horizon for you?

I’m in discussions with my agent and publisher about another book - it’s a bit hush-hush for now as it’s not confirmed - but fingers crossed and watch this space!