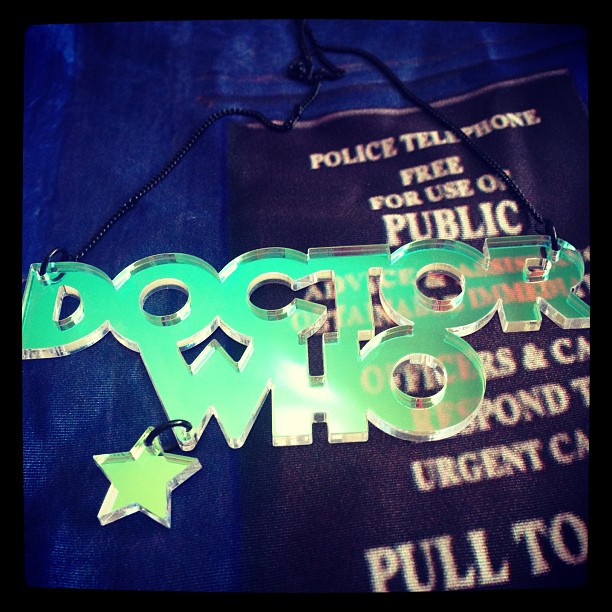 Sorry, we can't make it out tonight. No, really, we've got plans. Don't expect us to answer our doorbells or phones, either. Yes, tonight's the night of the Doctor Who 50th anniversary special and we're determined not to miss it! Neither will super fan, Lindsay, who caught our eye on Instagram with her bespoke Name Necklace - and amazing Tardis dress. 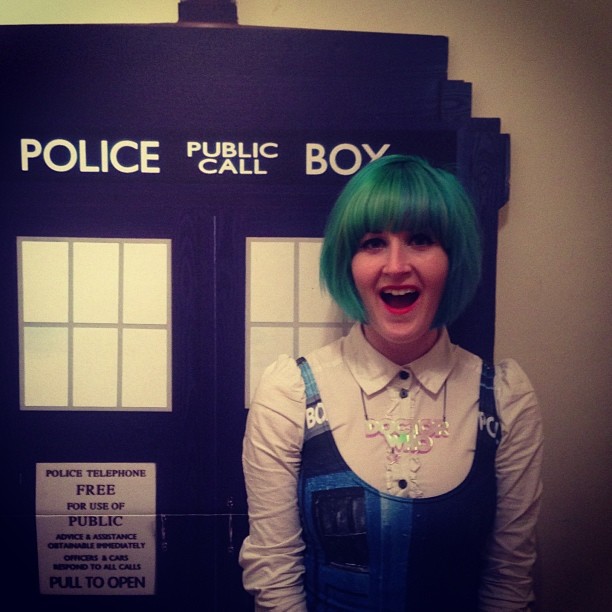 We couldn't think of a better time to get to know Whovian Lindsay just a little bit more, so join us as we talk sci fi, fashion and Tom Hiddleston (yes, really!)...

Hi Lindsay! Tell us a little bit about yourself...

My name is Lindsay and I live by the sea in wonderful Brighton. I've just started working as a web developer in Brick Lane, London, not far from the Tatty store which is quite bad for my wallet!

When and how did you first discover Doctor Who?

My dad is a big old sci-fi fan, so I was exposed to quite a range of films and TV series as I was growing up. I saw a lot of repeats of the Classic series as well as the movie, but the real obsession with the show didn't kick in until the revamp happened.

Tell us about your amazing Tardis dress!

It's from the lovely guys over at Black Milk Clothing - it's one of the first pieces that I bought from them, along with the legging version as well. They've done lots of big license releases such as Star Wars, Harry Potter, Mass Effect, and more recently Adventure Time, so I'm secretly hoping for a BBC deal so I can cover myself in Doctors ;o)

You wake up tomorrow to discover you're the Doctor's companion...but which Doctor would you like it to be?

Tough choice! Whilst I wouldn't complain if any of them showed up at my front door, I've felt more of a connection towards 11 thanks to Matt Smith's portrayal. That said, I would bloody love to hang with Capaldi's doctor, I think he's going to be incredible.

Where will you be watching the 50th anniversary episode?

I'm going to be watching it at my local Picturehouse with all my housemates. We've even all had John Hurt t-shirts made up, I feel a bit sorry for whoever's going to be sat near us in the cinema - we're going to be unbearable.

In your wildest dreams, who would you most like to see play the Doctor?

It feels like such an obvious choice, but the thought of the absolute world meltdown if Tom Hiddleston was announced to take on the role would be quite something. He'd make a great Doctor, but he'd have to find a way of working those dance moves into the show! Thanks for sharing your story with us, Lindsay! We love the thought of you travelling the galaxy with Matt Smith - especially with your amazing hair! We're all in a flutter at Tatty Devine HQ with suggestions for future Doctors. Our current favourites? Idris Elba, Andrew Garfield and actress of the moment Zawe Ashton... Inspired to design your own Doctor Who Name Necklace? Pop in store to Selfridges in London or Manchester, or our very own Monmouth Street store and design it on the spot with our team. Don't forget, you can also order your personalised necklace online here!