Meet Philip! Owner of Philip Normal in Brixton (who of course stocks Tatty Devine) and an LGBT officer for Vauxhall Labour Party, Philip is the owner of three adorable pets who we just can’t get enough of! 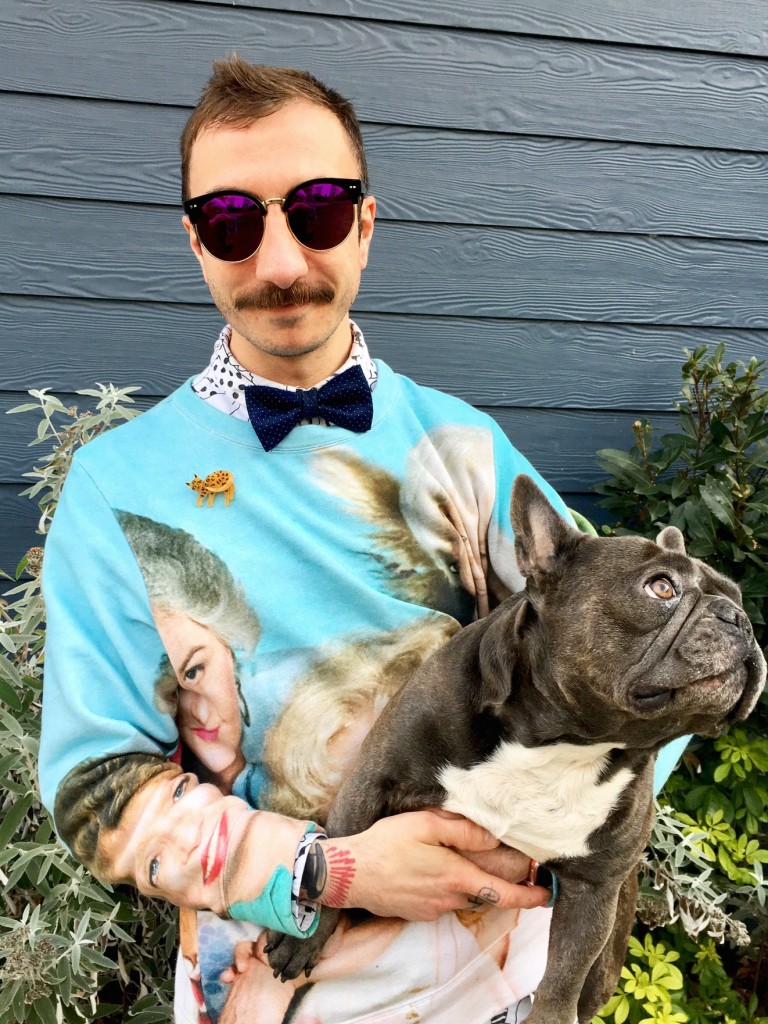 While designing our new Battersea Dogs & Cats Home jewellery collection, we looked to Philip’s pets for inspiration, so we caught up with him to chat all about Flash, Cosmo and Noah… 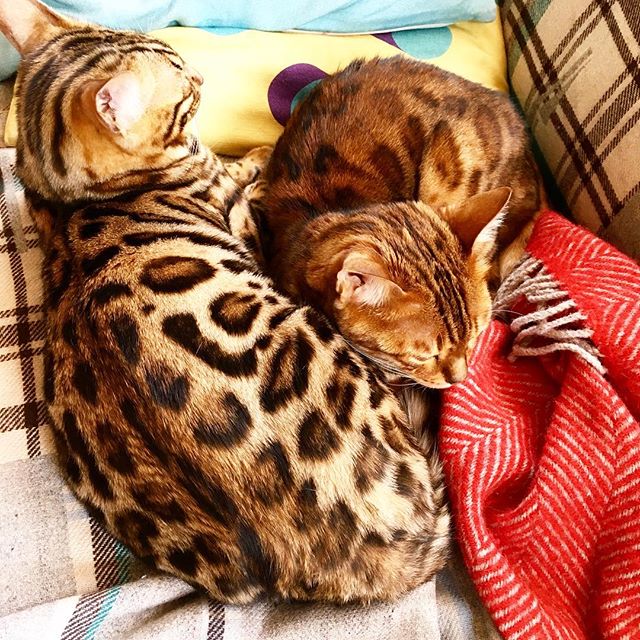 Tell us a little bit about your pets... First came Cosmo, she was so tiny and adorable, until her vocal chords developed, then I think it became clear we were living with a Bengal alarm clock! She is an energetic little thing that loves cuddles, not like some cats. A real diva when it comes to food, it’s been so hard to get her to eat any brand of cat food, all she seems to want is chicken. We end up cooking a whole chicken for her sometimes. Spoilt!

Then came Noah the French Bulldog. I’d always wanted a dog, and was in the pub one Sunday, and a French Bulldog called Percy came and sat on my lap and I fell in love! One drunken Facebook status later, and someone replied saying they were rehoming their Frenchie... I immediately messaged them, and in just a few days Noah was in the studio running up and down causing havoc. He was such a joy from the beginning, but it took a few weeks to get Noah and Cosmo to become friends, but they were sharing cuddles in no time!

And then comes along Flash the Bengal. Now Flash is a boy, and it's amazing just how different he is to Cosmo even though they are brother and sister from different litters. He's huge and is so strong, he likes to think he’s in charge but really big sister Cosmo is. Flash and Noah got on from the start, and within 2 hours of coming to us as a kitten, he and Noah were cuddling! Cosmo eventually decided to join in and they now fight like brother and sister. Rest assured we are confident that we’re not going to get mice anytime soon... 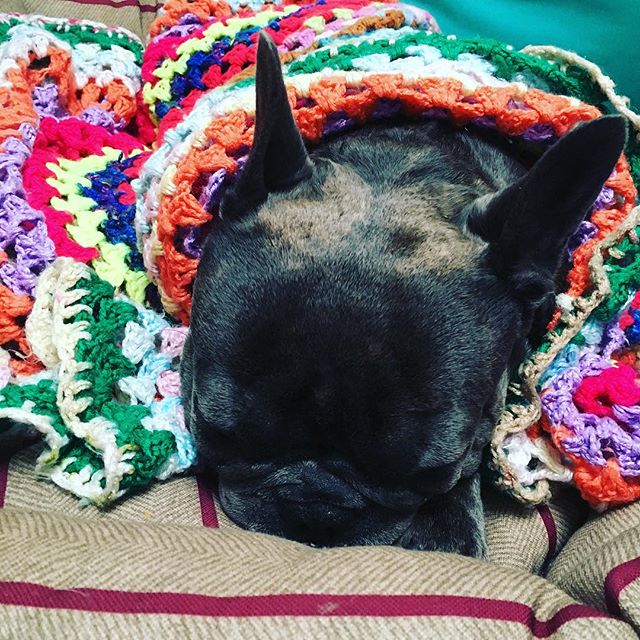 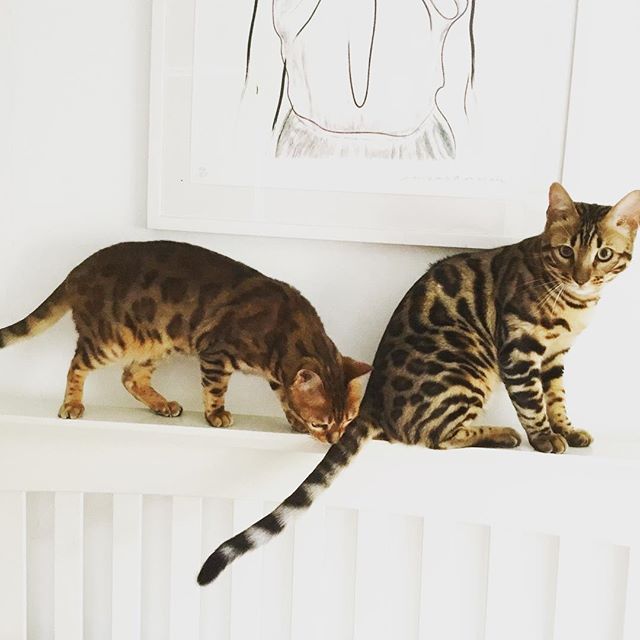 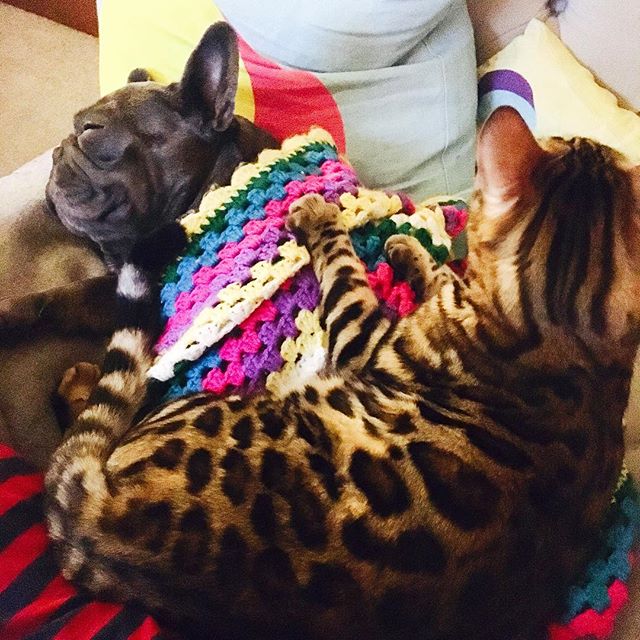 It’s said that dogs tend to look like their owners. Do you and Noah have any similarities? We both like the pub! 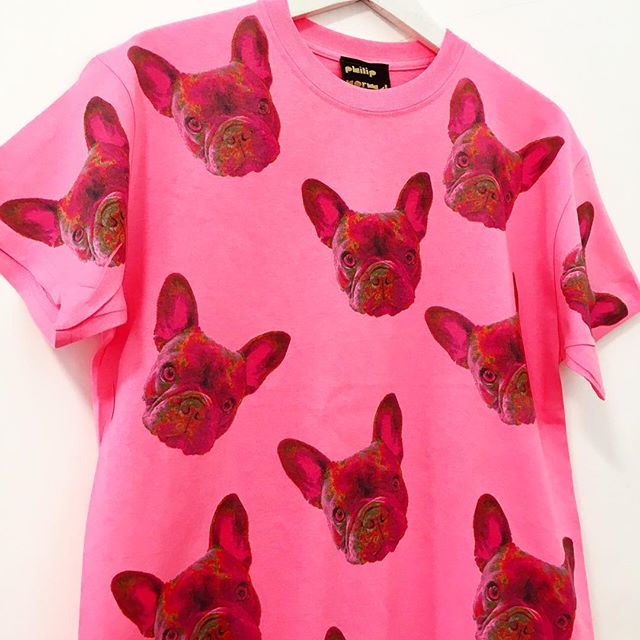 How have your pets played a positive role in your life? They have been a source of inspiration. Two of my most successful designs have been based on Noah and Cosmo! They are all wonderful companions