We've made many animals out of perspex, but this is our first ever ram: 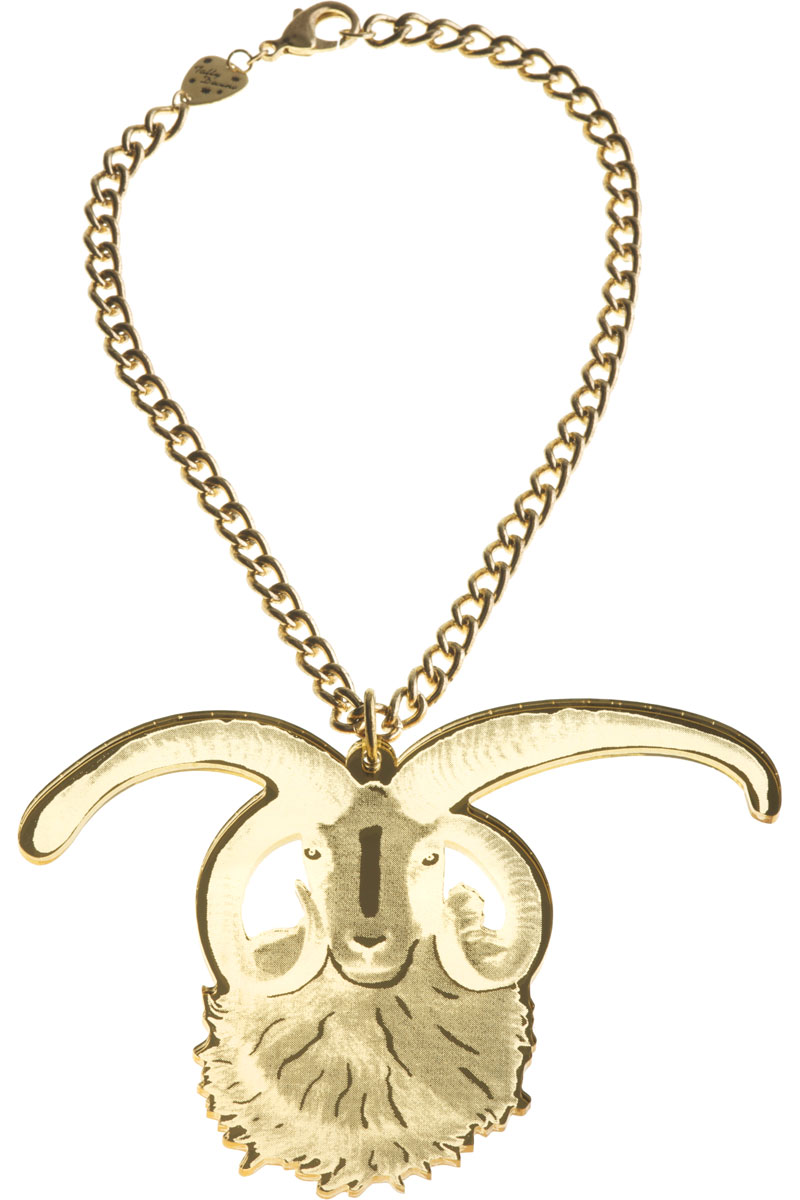 It's called 'Bruiser', which is the name of the forthcoming album by The Duke Spirit. There's nothing sheepish about The Duke Spirit, though: lead singer Liela Moss is our kind of woman. She's bold, beautiful, with a bellowing banshee voice and an exhilarating stage presence, banging a tambourine and throwing her blonde hair around in a way that would make Rumpelstiltskin very afraid. Rock photographer Steve Gullick shot Liela and the band wearing the jewellery: 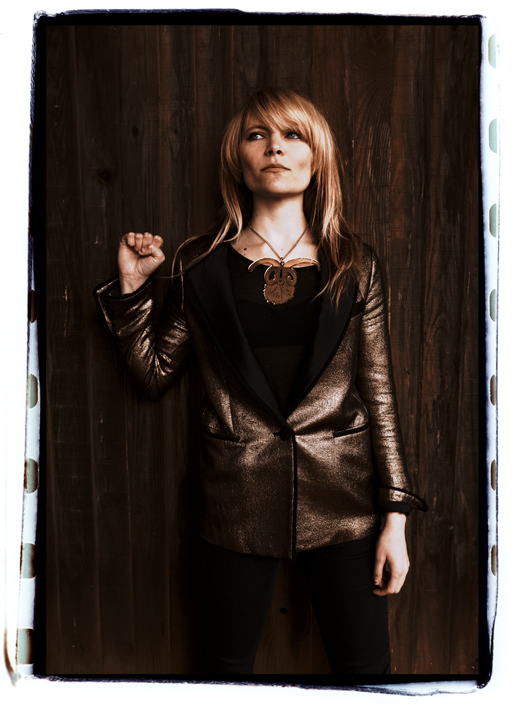 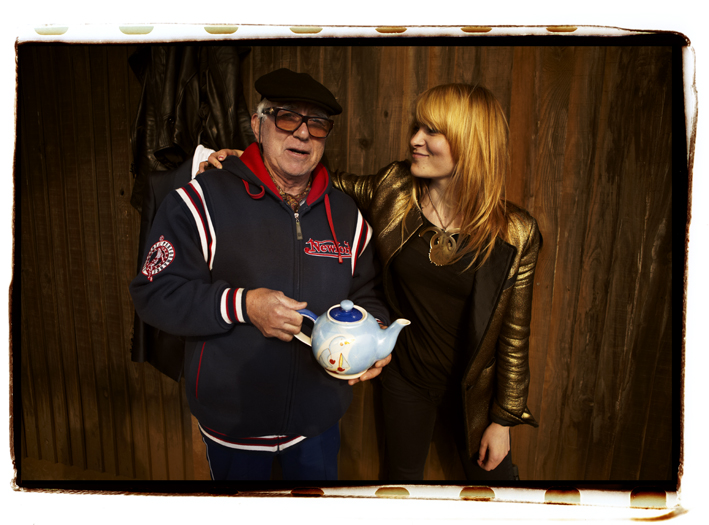 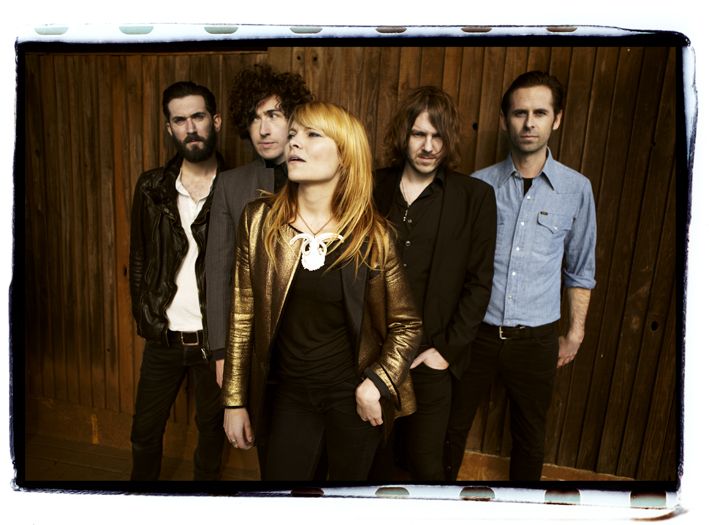 (That's more like it!) As well as the large gold ram, there's a smaller version, and a pewter colourway: 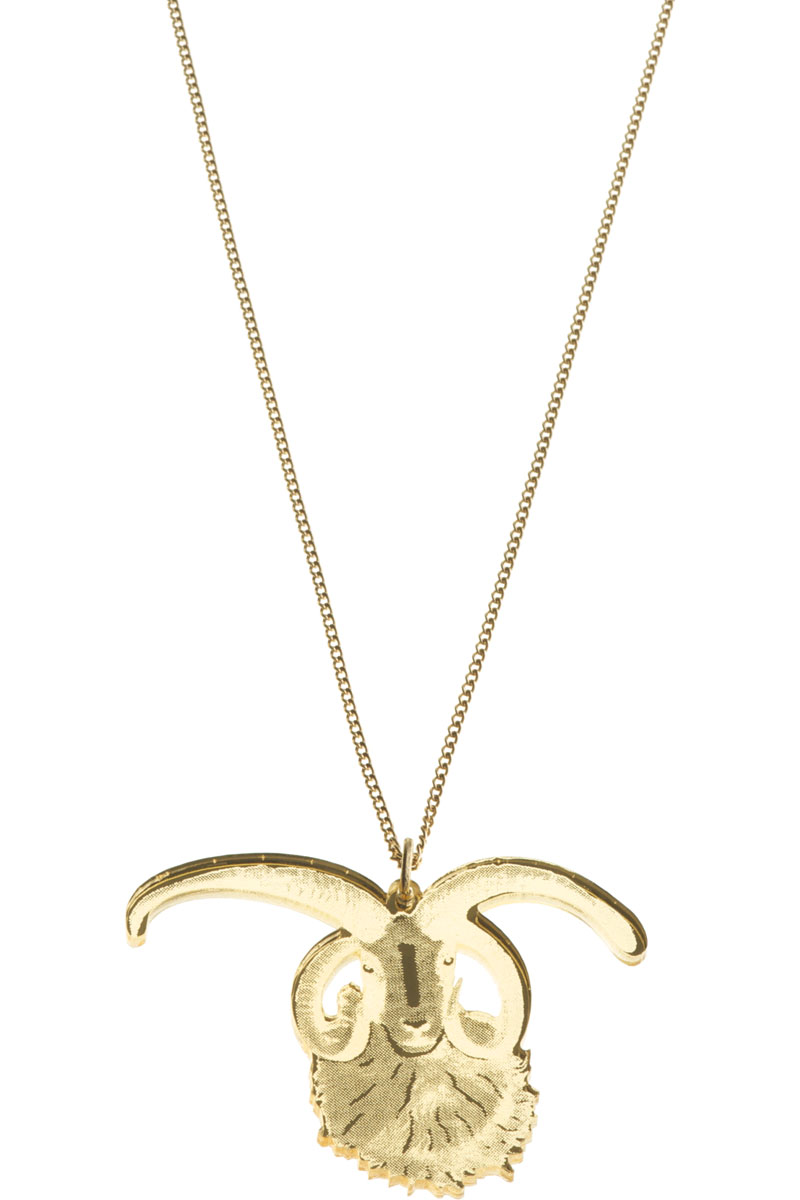 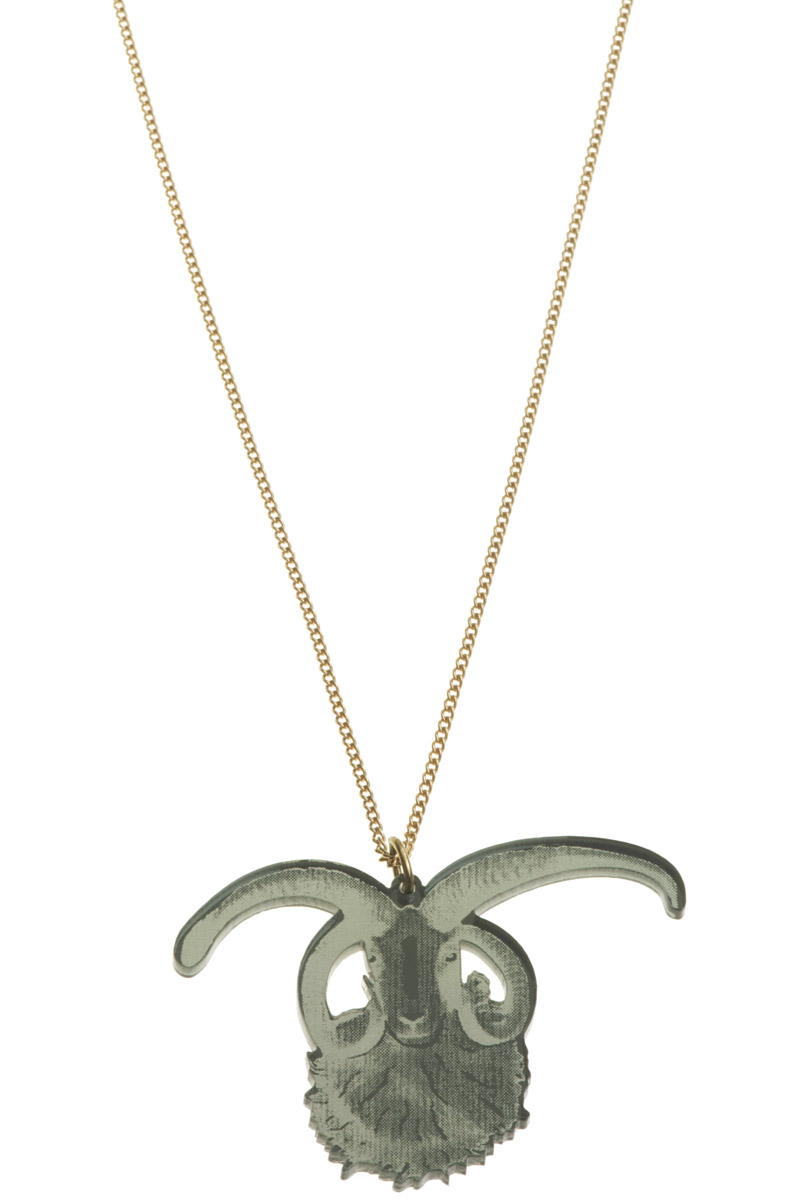 This is the second time we've collaborated with The Duke Spirit, and Liela has also modelled for Tatty Devine and been a 'muse' to Philip Lim and the late Alexander McQueen. She leaves all that fashion stuff in the dressing room, though. "There's an element of costume in one of our songs ['Procession'] that perhaps is related to seeing a part of the fashion world up-close, feeling the theatrics of it in the room," she says, "but we have not been much changed from those encounters. We have enjoyed the random collaborations and the invites to do stuff with sublime designers, but we haven't acquired affectations since. We still mess with nasty sounds and ideas that spill into the realm of ugliness and rejection!" Cardboard cutouts of famous singers are modelling the jewellery on their merch stand on tour: 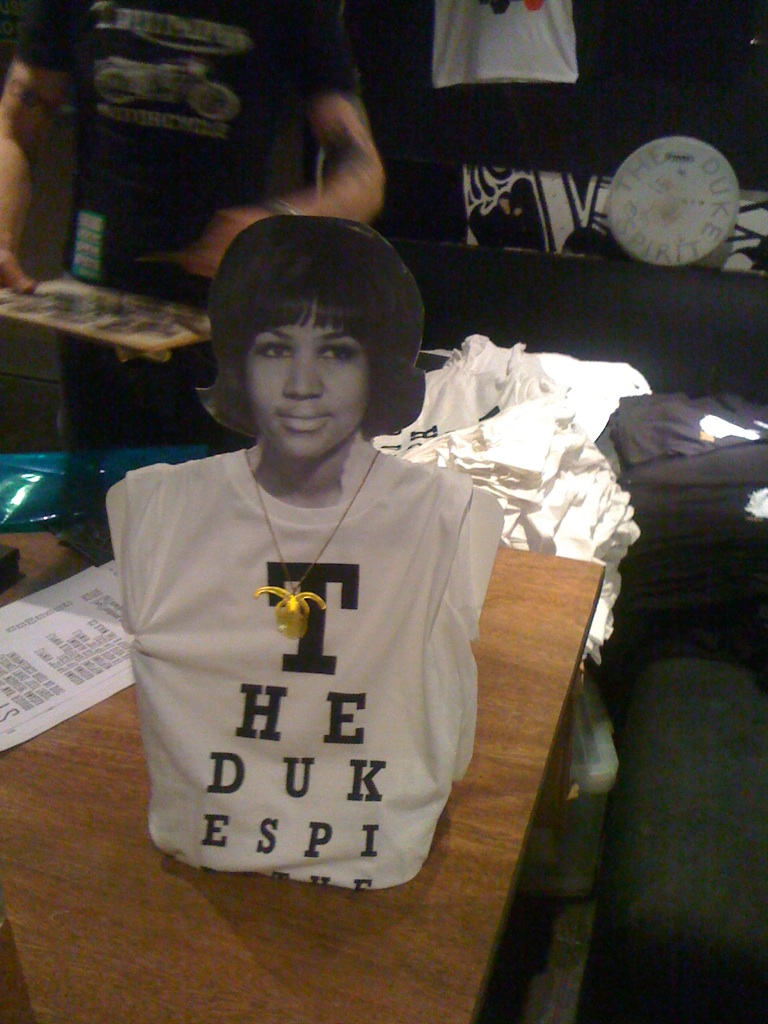 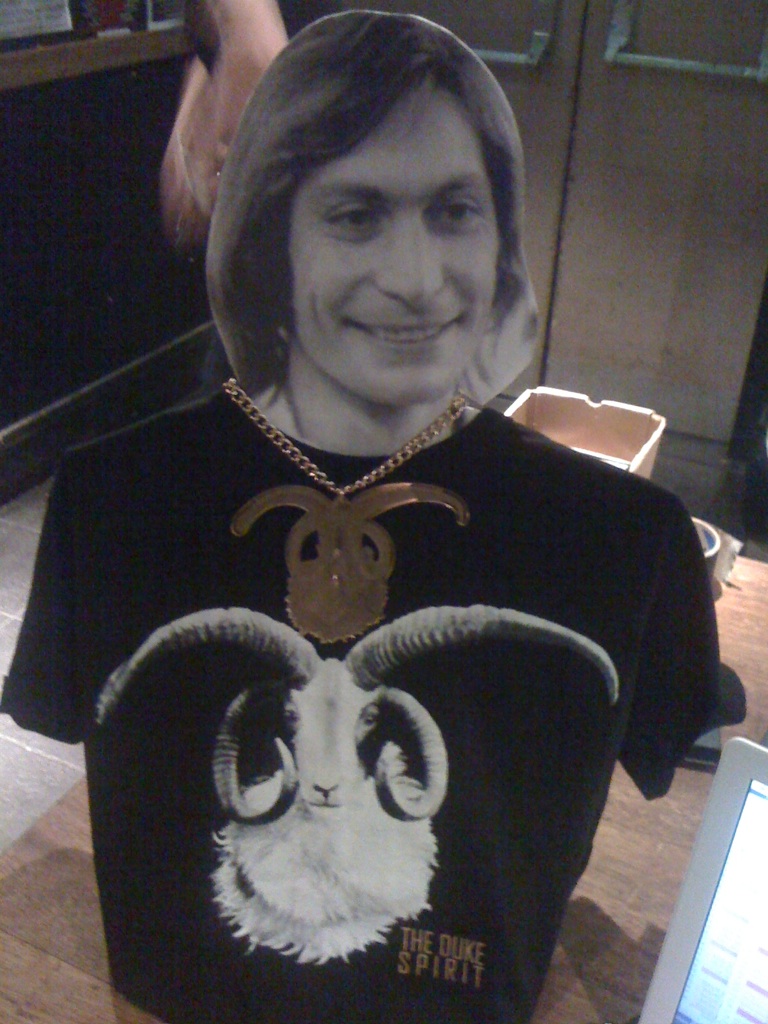 The band are on tour now, whipping their new tunes into fighting shape. "We put our songs on a diet," says Liela, "Got them lean, mean and hungry sounding." Go see them. And get the jewellery here.