Women With Something To Say: Jane Harris 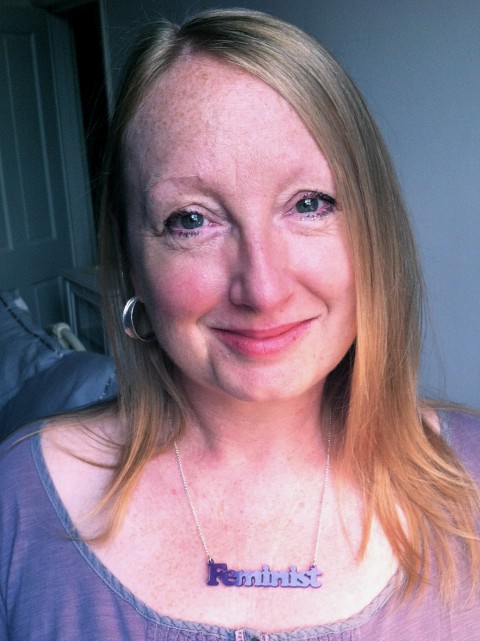 It's day five of Women With Something To Say and today's blog takeover comes courtesy of author Jane Harris. We love nothing more than settling down and getting stuck into a good book over the festive season and after a hearty recommendation from the folks at Faber, Jane's second novel, 'Gillespie and I' is firmly on our wish list. Oh, and did we mention that we want nothing more than to be BFFs with every lady who rocks a 'Feminist' Name Necklace? Join Jane as she shines a light on the new wave of feminism:

This is a hugely exciting time for feminism. The news has recently been full of stories about women and girls across the world who are making their voices heard, standing up against injustice and campaigning for equal rights, even when it means risking their lives.

Just over a year ago, teenager Malala Yousafi - a campaigner for womens’ rights who had been promoting education for girls - was shot in the head in an assassination attempt by the Taliban who had banned girls from attending school in her local area. Malala survived the attack and continues to campaign on behalf of children who are unable to access education.

Here in the UK, journalist Caroline Criado-Perez led a successful campaign to have more women represented on banknotes. And Lucy-Anne Holmes has received a high profile for her ongoing petition to bring an end to photos of semi-naked models appearing on Page 3 of The Sun. Both of these women have been subjected to death threats on the internet, but the support they have received illustrates that hundreds of thousands of people appreciate their campaigning efforts and stand firm behind their causes.

There’s still work to do. Women in the UK have the right to vote but we only account for 22.5% of MPs and 17.4% of the cabinet. We still do not have equal pay, earning about £100 less for a full working week than men. And our culture still tends to value women mainly for their looks.

It’s time to speak up, to add our voices and our support to brave, feminist campaigners around the world. This Tatty Devine necklace seems to me a wonderful way to make a statement and to spread the message about this exciting new wave of feminism. Thanks, Jane! How do you think feminism can fight injustice in today's society? Join in the conversation in the comments below or tweet us using the hashtag #WWSTS.