Behind the scenes on our Name Necklace shoot Have you seen the new photos on our Name Necklace designer tool? They were styled by Lou Clarke, who also shot our Penhaligons collection. Lou takes us behind the scenes on the shoot... "The day started when I arrived at Liverpool Street station. It turned out to be closed due to a fire alarm, and I was already running a bit late so I got a taxi. Luckily I found one of the models stuck at Liverpool Street too, so I grabbed her and we made our way over to Notting Hill. We were only 20 minutes late! Lucy Barnes, the make up artist, had already got started on the first model, Emily Young: 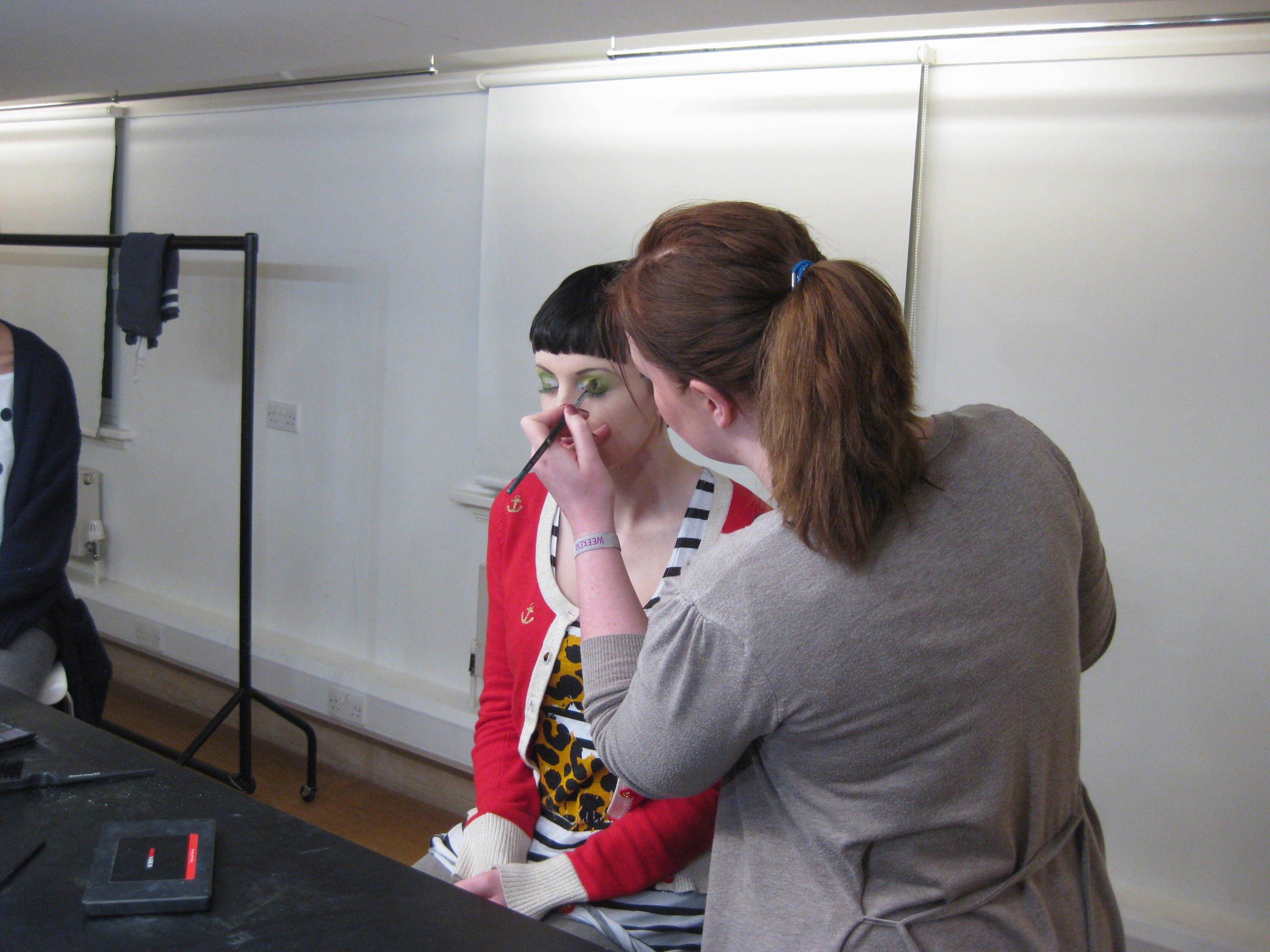 Here's Emily all made up and ready to go. Check out those tattoos! 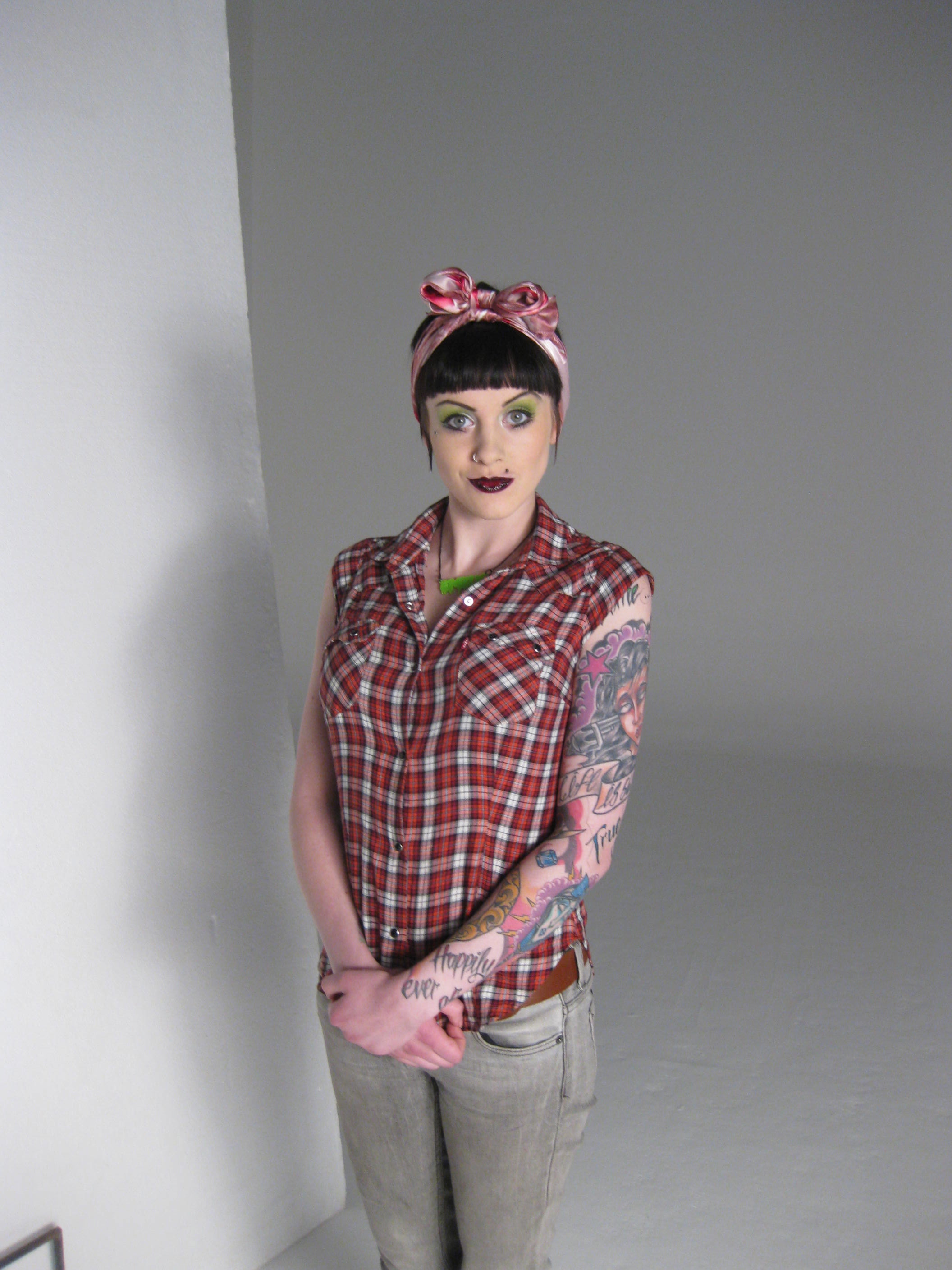 The studio we used is in Notting Hill. It used to be an old car body factory or something like that. It's called Sunbeam Studios. There's an amazing industrial mural on the wall. 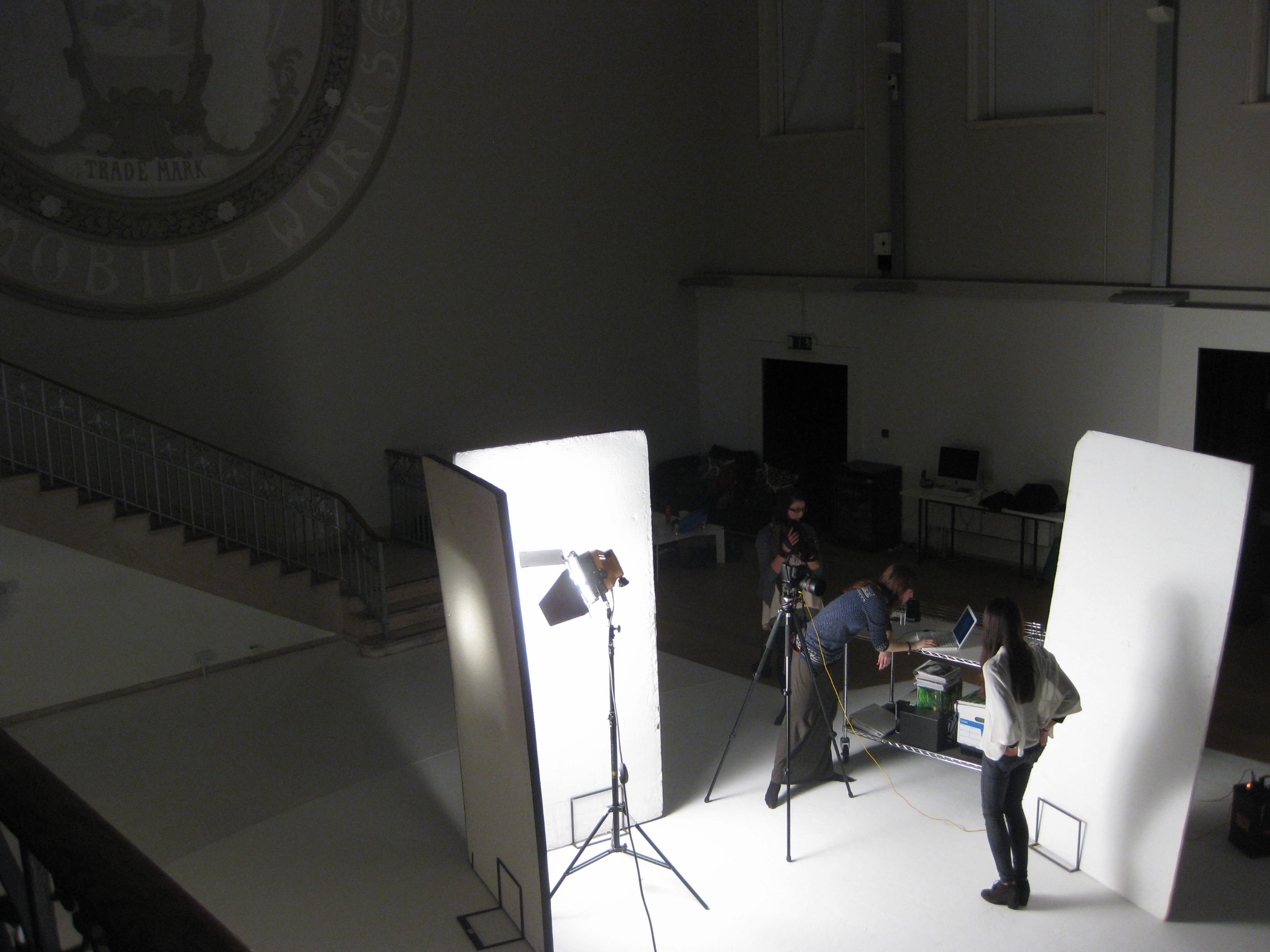 The photographer on the day was Sarah Brimley. Here she is in action, shooting our sailor gal Weelfried Liya: 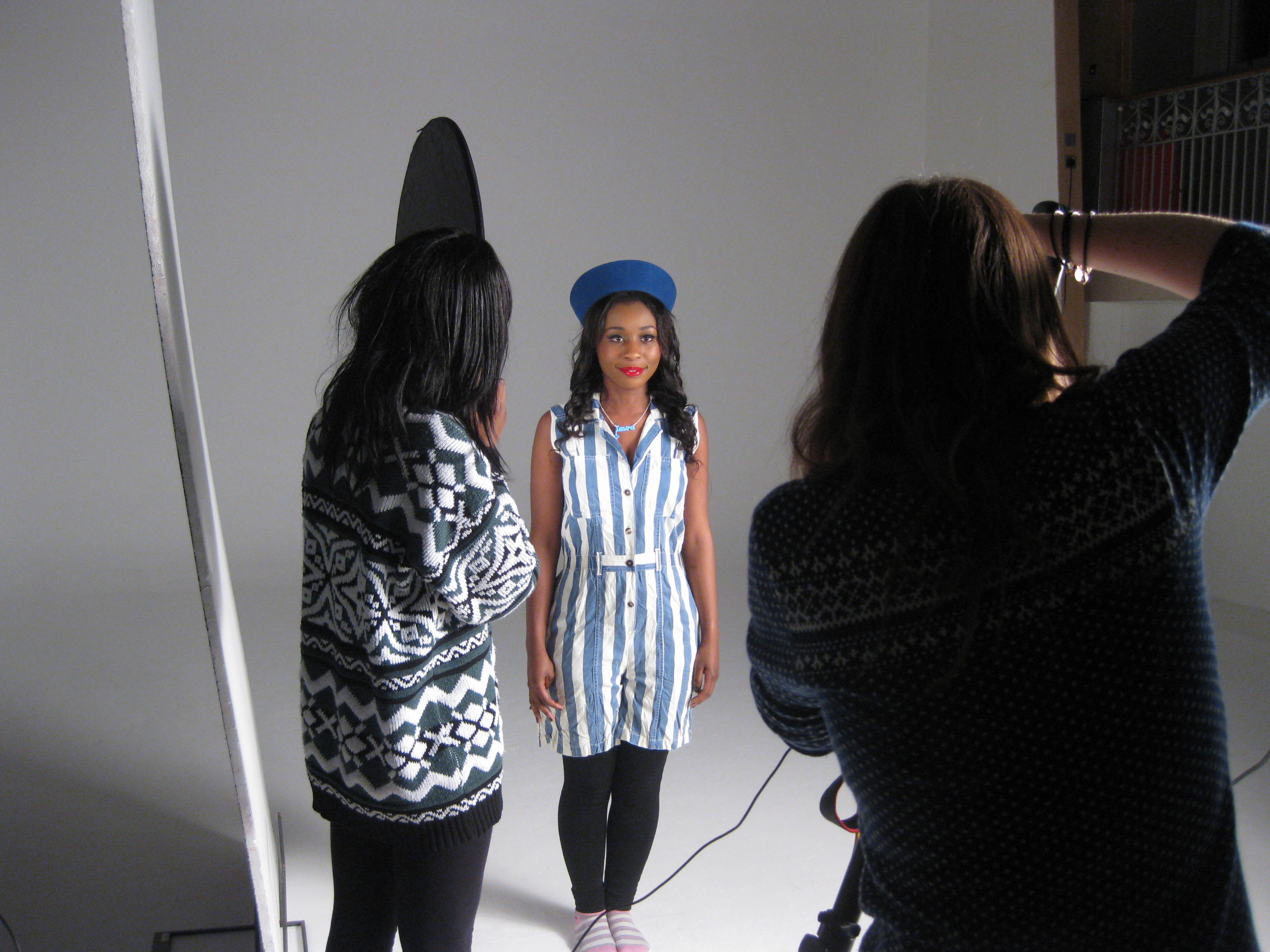 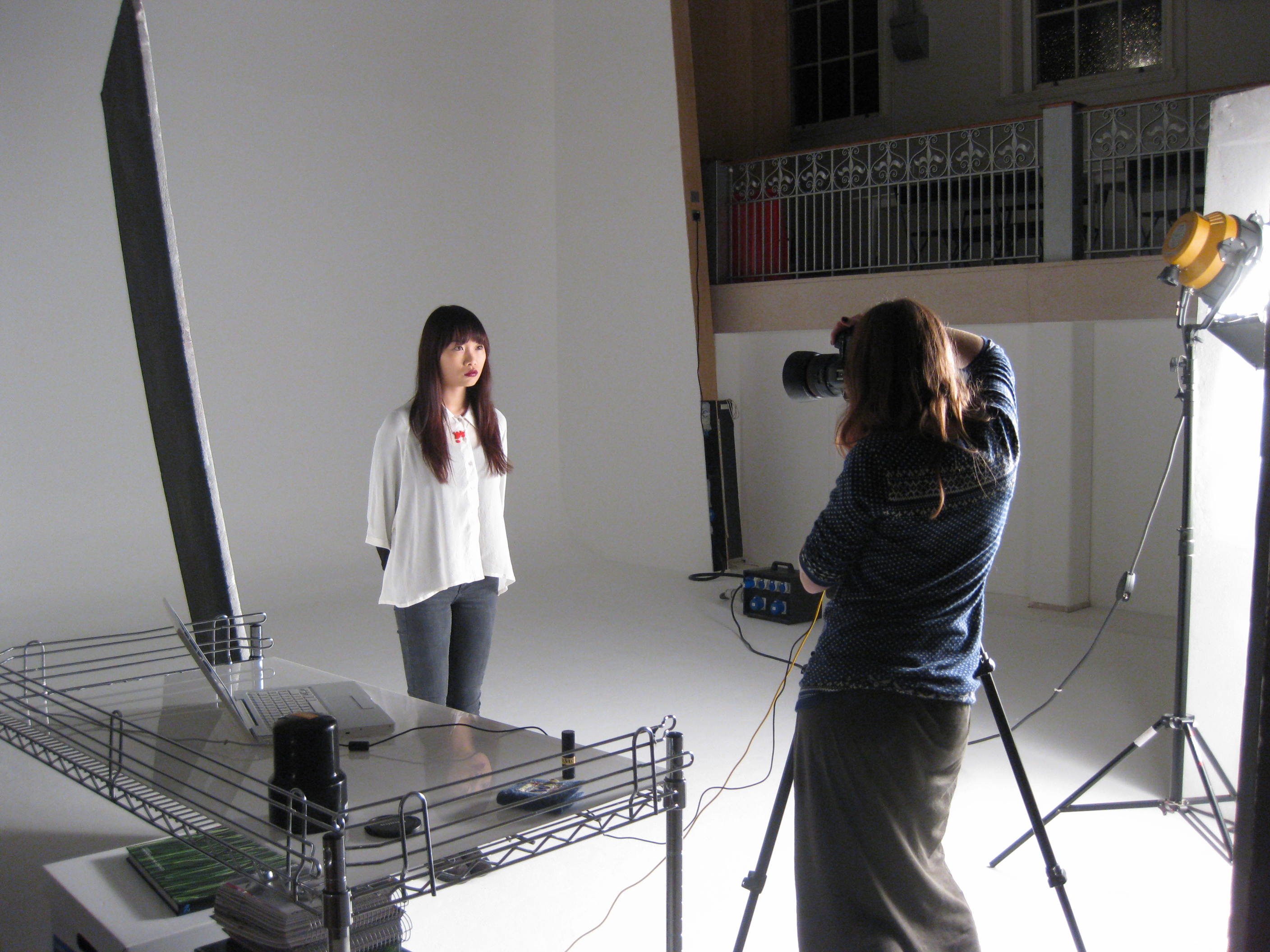 Our other model on the day was Jen Cheema. I didn't get any behind-the-scenes pics of her but she should have a mention too! We had to shoot everything in a day, so it was a pretty 'one in one out' scenario! I was mainly running around making sure everything was running smoothly, in between checking the models being made up and directing them in front of camera along with the photographer, and tweaking the styling. The whole team of people were amazing, including their friends they brought along. Thanks everybody!" 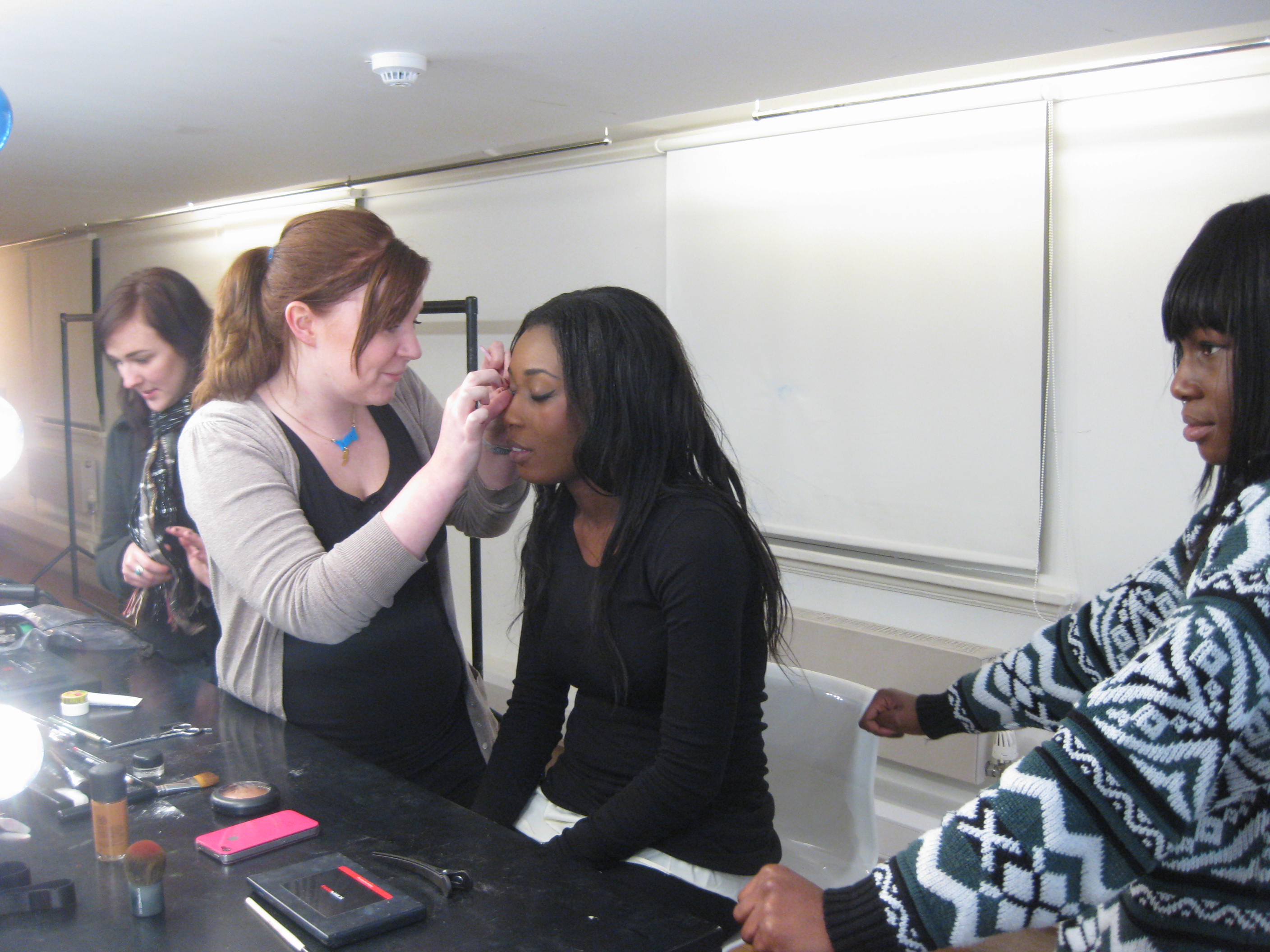