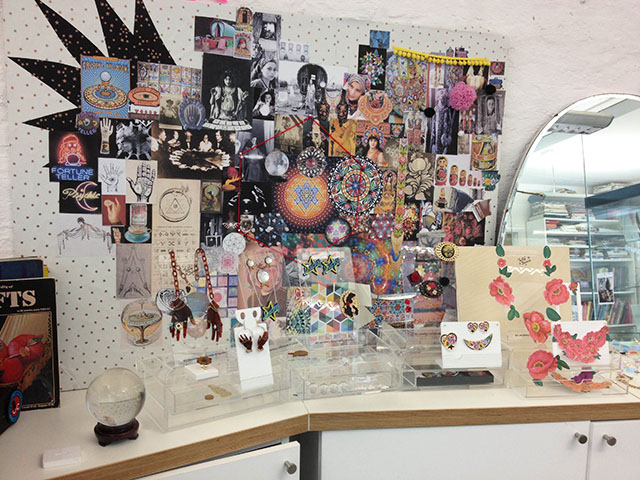 As crisp October nights draw in and the trees begin to shed their leaves in earnest, turn your thoughts to strange happenings in the middle of the night. Inspired by the ancient art of astrology and mysterious psycho-kinetic powers, our Midnight Mystic jewellery is every soothsayer's must-have accessory. Just in time for All Hallow's Eve, join us as we draw back the veil on design process behind this season's most otherworldly story: 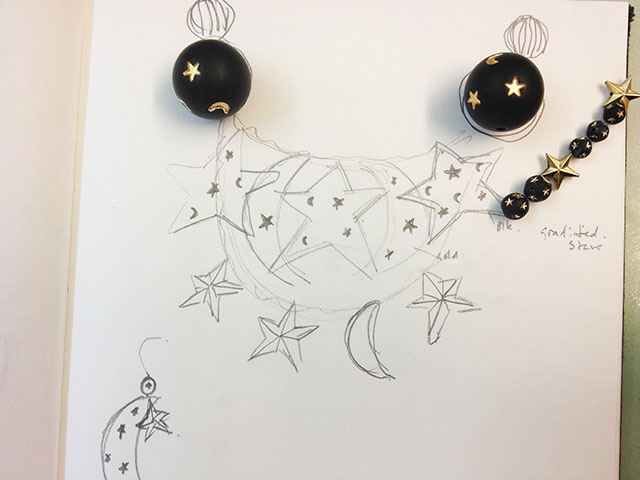 It all began, as all the best Tatty Devine stories do, in Harriet's sketchbook. Inspired by arcane happenings in the dead of the night, she began the first drawings for celestial stars and crescent moons. Beautiful matt black beads stamped with gilt astral symbols rolled across workshop tables and out of this world ideas began to appear between the pages. 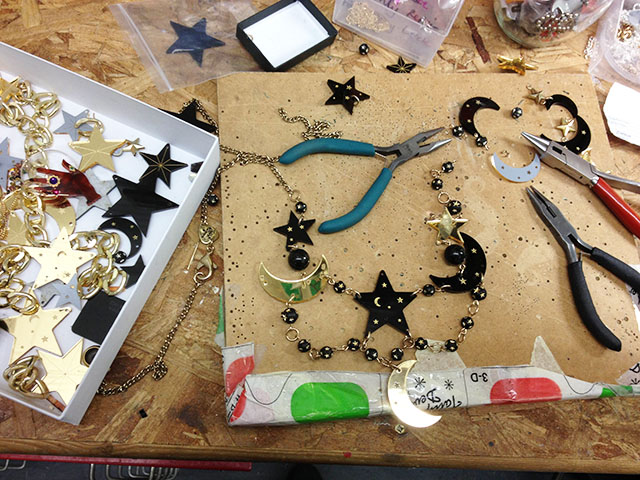 The finished version of a Tatty Devine piece can often look quite different from the first sample! When the original trial of the Midnight Mystic Necklace began to take shape, it consisted of hanging beaded strands and shining mirror gold Perspex moons. Rosie and Harriet review each stage of the design process to make sure they're happy with the jewellery. The near-black Perspex stars that you see here? They just weren't quite right... Onto the next trial! 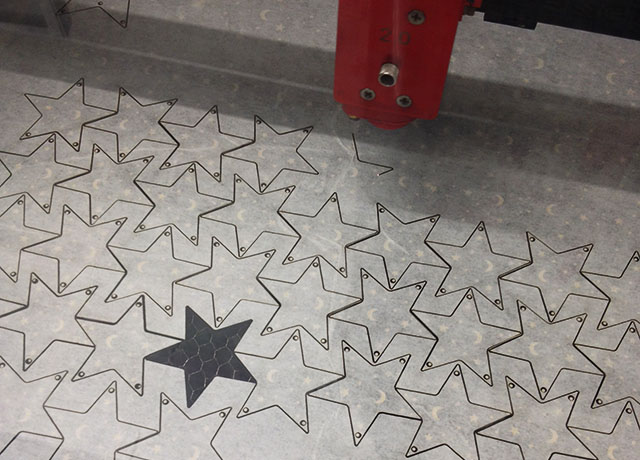 Every single star was laser cut in our East London studio under the watchful eyes of our workshop wizards Becs, Annick, Sarah, Wendy and Becki. Talented jewellery making experts, they make sure each Tatty Devine design is made to the highest standard. 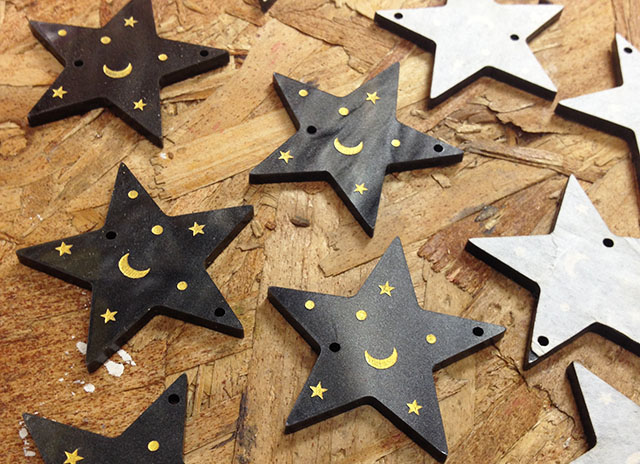 Underneath the protective layer of film, shimmering pearlescent charcoal stars were waiting to be revealed. Laser etched and hand inked golden stars, moons and planets on each one pay homage to the wonder of the night sky. 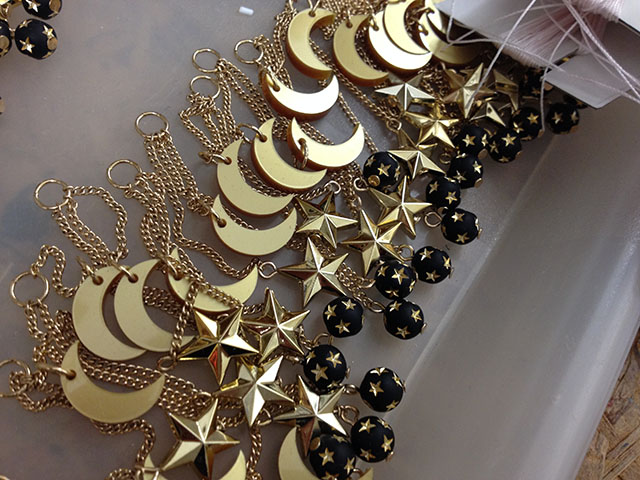 Every sorceress needs to match her necklace to her earrings, so we created statement Midnight Mystic Earrings, too. Matt gold Perspex moons hang elegantly from golden chains, accompanied by glossy five pointed stars and celestial beads. 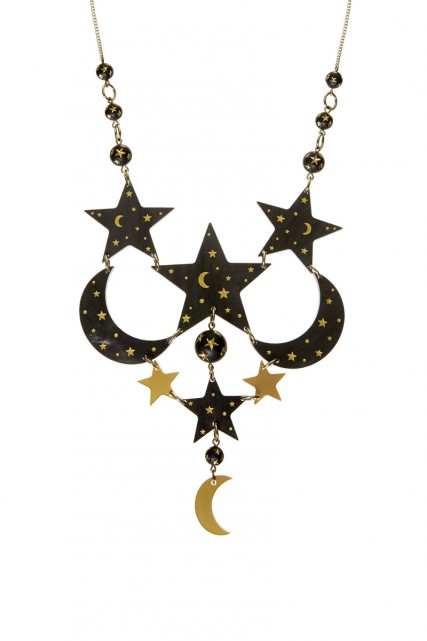