Women With Something To Say: Aleks Krotoski 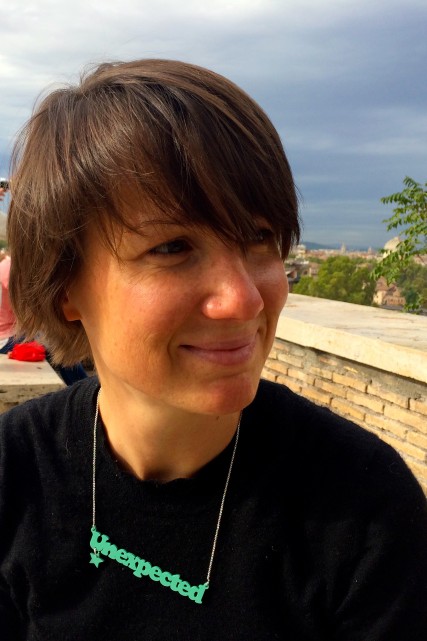 It's day eight of our Women With Something To Say series and today we're joined by academic and journalist Aleks Krotoski. Our Social team eagerly got stuck into her new book, 'Untangling The Web' over the summer and it's top of their must-read list! Ever wondered what effect the internet is having on your life? Pick up a copy to discover how technology affects us personally, socially and as a society. You'll never look at Facebook the same way again...

We're very excited for Aleks to take over our blog and share her thoughts on the role of women in today's society. Join her as she explores the unexpected:

I trade by the name Dr Aleks Krotoski. It's my badge of honour, my cultural heritage, my pride of place. It's also, well, my name. But it's, unexpectedly, the first thing that catches people off guard when they meet me.

There are all kinds of culturally embedded assumptions in those three words: my surname - both my parents are Polish - ends in an ‘i’, when traditionally a woman's name ends in an ‘a’. My first name - in full, Aleksandra - is shortened to a commonly masculine nickname. The ‘k’ and the ‘s’ are enormous stumbling blocks when I spell my name for restaurant reservations; again, the explanation is Polish (there is no letter ‘x’ in the language). And yes, I'm a doctor. Don't get me started on what’s wrong with the world when people assume that the ‘Dr’ at the start means I'm not a lady.

I have a doctorate in social psychology (traditionally a so-called female subject) but the specifics of my expertise are traditionally (so-called) male. I write about and study the internet.

I unexpectedly got into this game when I discovered that people replicated offline social systems, hierarchies, concepts of value, relationships and communities in online places where it would be possible to totally reinvent themselves. Why weren’t they getting rid of what was broken offline in favour of something new in this virtual world? It was because the web was, is, something that connects humans to humans via the medium of technology, not humans to technology.

A few weeks ago, someone asked me what the gender the web is. A great question. You could point at the preponderance of male programmers in Silicon Valley creating the services we use every day - from Google to Facebook to Tumblr to Pinterest to LinkedIn to Amazon and everything in between - and say the web is a man's world because they’re the architects of our online experiences. But for me, the web is inherently and unexpectedly female. We constantly reassert our humanness through exquisite social choreography that at its heart is born of our inherent needs to belong, to share ourselves and to learn from one another. This is not, perhaps, the sole domain of womanhood, but it’s certainly a softer side of humanity nonetheless.

It pays to question assumptions. You'll likely discover something unexpected. Thanks, Aleks! Now it's up to you, Tatty fans! Join in the conversation in the comments below or tweet us with the hashtag #WWSTS. Don't forget, there's still 20% off Speech Bubble Necklaces online. Whatever it is you want to say, get it off your chest and say it with your very own personalised piece now!