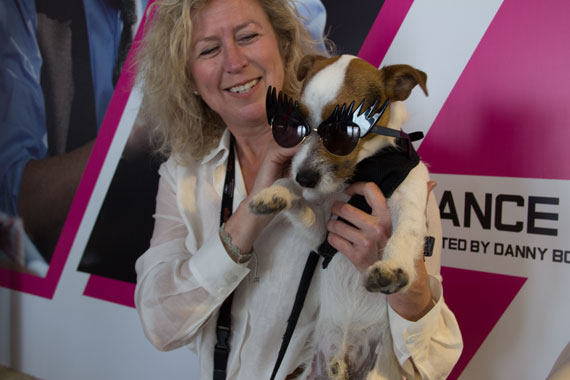 Forget Leonardo DiCaprio. George Clooney? So last year. The real star of Cannes festival 2013 was a partially sighted poodle with its name up in lights. The celebrity canine played Baby Boy, Liberace’s nearly-blind poodle in the HBO biopic Behind the Candelabra and scooped the coveted Palm Dog award. The annual Palm Dog awards have honoured the film festival's most memorable canine performance since 2001 and is judged by a jet setting panel of international film critics. The mysterious unnamed pooch was unable to attend the ceremony (a little too much partying, perhaps?) Luckily, stylish Jack Russel Vincent was on hand to accept the award on his behalf, wearing a dashing pair of Eyelash Sunglasses. The prize? We joined fashion forward pet label Creature Clothes to collaborate on an outrageously decadent collar for the winner.  Palm Dog Founder Toby Rose's only stipulation? "It's got to be even more fabulous than last year, darling!" Well, naturally! After a lengthy debate, we decided on sparkling laser cut glitter gold perspex letters to adorn a luxurious black suede collar. The laser cut pieces were rushed to Creature Clothes designer Cosima's studio to be hand sewn on to the winner's collar: 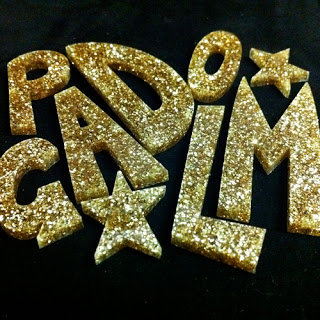 Ta-da! The finished prize in all its glory:

Don't miss Cosima's step by step guide to the making of the collar on her blog here. Got paws for thought? Discover more about the Palm Dog Awards and keep up with the latest gossip from Cannes most glamorous ceremony on Twitter (or should that be Barker...?)