A weekend of book signings and workshops Last weekend we headed north to do signings, a Q&A and a whole host of workshops. First thing on Saturday we drove to Morley near Leeds, to take part in the Morley Literature Festival. We had such a lovely day. Morley was great - it's got loads of charity shops: 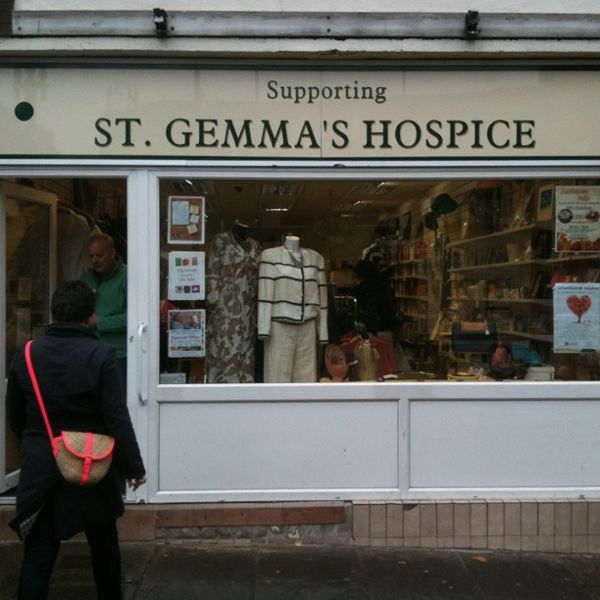 and Morley market had some real gems in the haberdashery department: 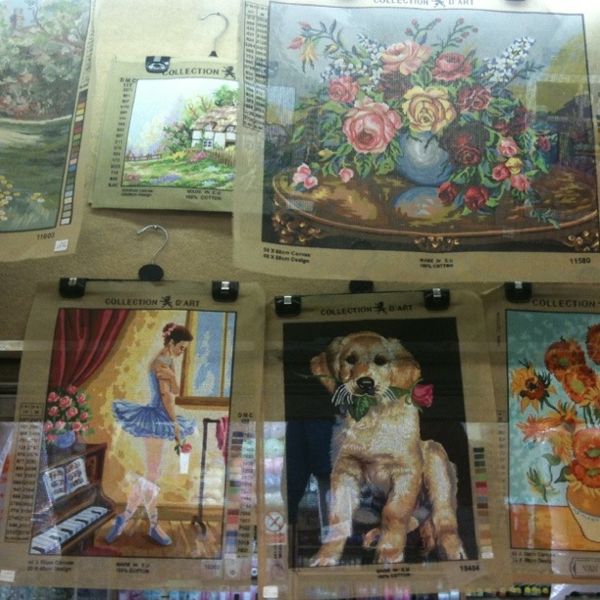 We arrived to a warm welcome of tea and cake provided by the lovely ladies of the Leeds WI, Buns and Roses: 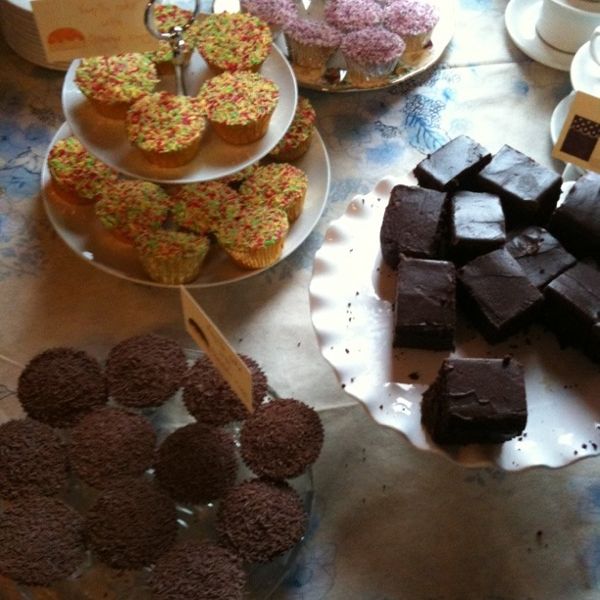 First we did a Q&A about our new book with a local fashion blogger called Elly Snare.  Then afterwards we signed everyone's books.  The book shop sold out, which was very exciting!  Morley Town Hall was amazing.  Here are some of the brilliant needleworks that are on display in the entrance: 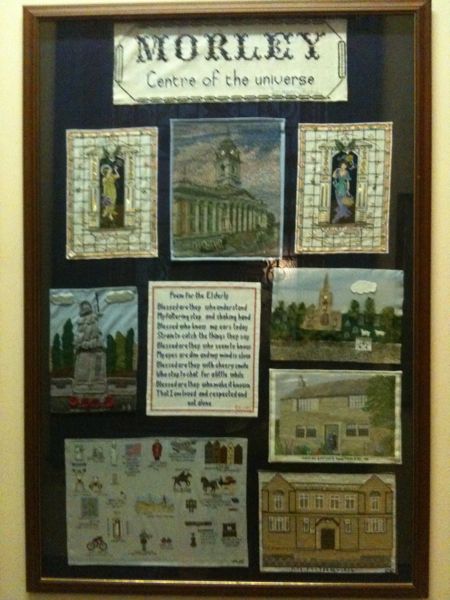 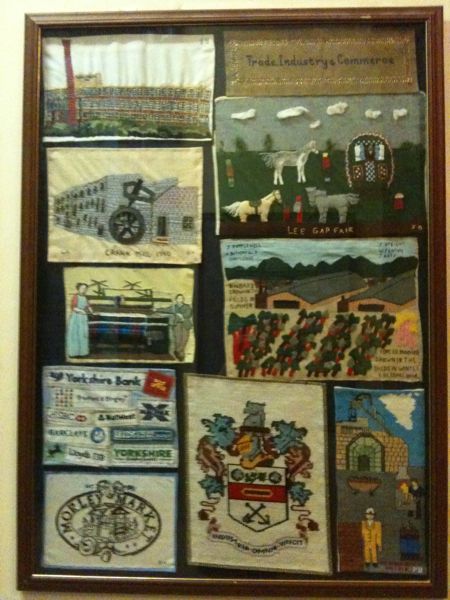 Then we showed everyone how to make a Tape Measure Rosette  from How To Make Jewellery with Tatty Devine.  It was a lovely afternoon. 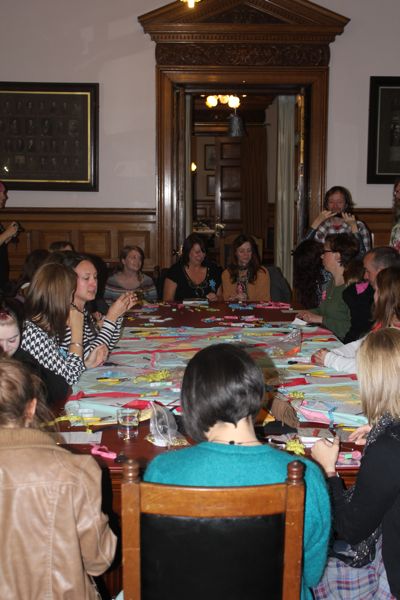 As soon as we finished we had to jump back in the car and head to Liverpool to meet up with Kirsty and Amy who were at the Liverpool Design Festival.  Phew, we made it in time to head over to Hope Street for dinner.  We were staying in a not-so-glamorous hotel, but it was right by the Cavern Club and they piped Beatles hits into all the rooms!!  John, Paul, George and Ringo were EVERYWHERE: 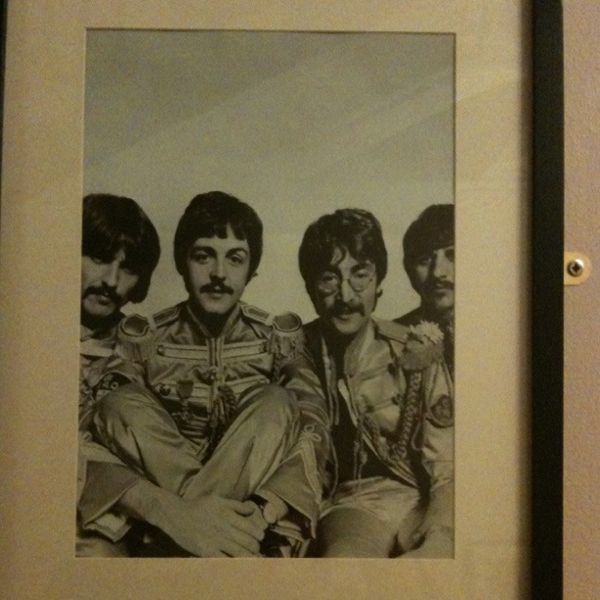 On Sunday we did more workshops. It was really good and so busy - in fact all the workshops were sold out! 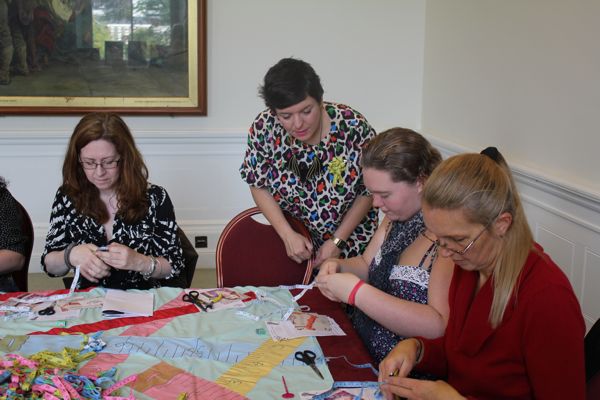 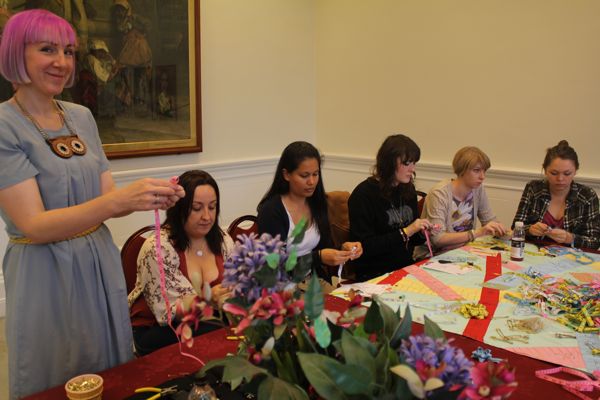 Everyone who came was brilliant and really got the hang of that tricky fold, twist, rotate thing.  At lunchtime we had a chance to pop up to Crosby to see Antony Gormley's Another Place.  It is so cool, we couldn't help but put jewellery on them... 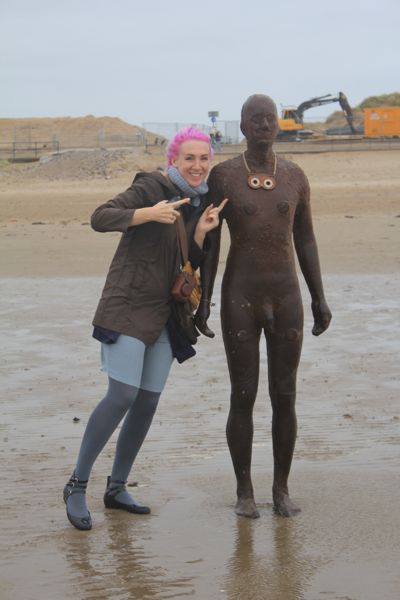 500 miles later we got back to London, exhausted from all that making but we still had enough energy for a car disco! Here are our top 5 car disco tunes (listen to them on Spotify): 1. E.S.G - Six Pack 2.  Judee Sill  - Jesus was a Cross Marker 3. Loudon Wainwright III - Dead Skunk 4. Tim Buckley - Moulin Rouge 5. Dusty Springfield - Magic Garden Thanks you to everyone that came and made it such a success x